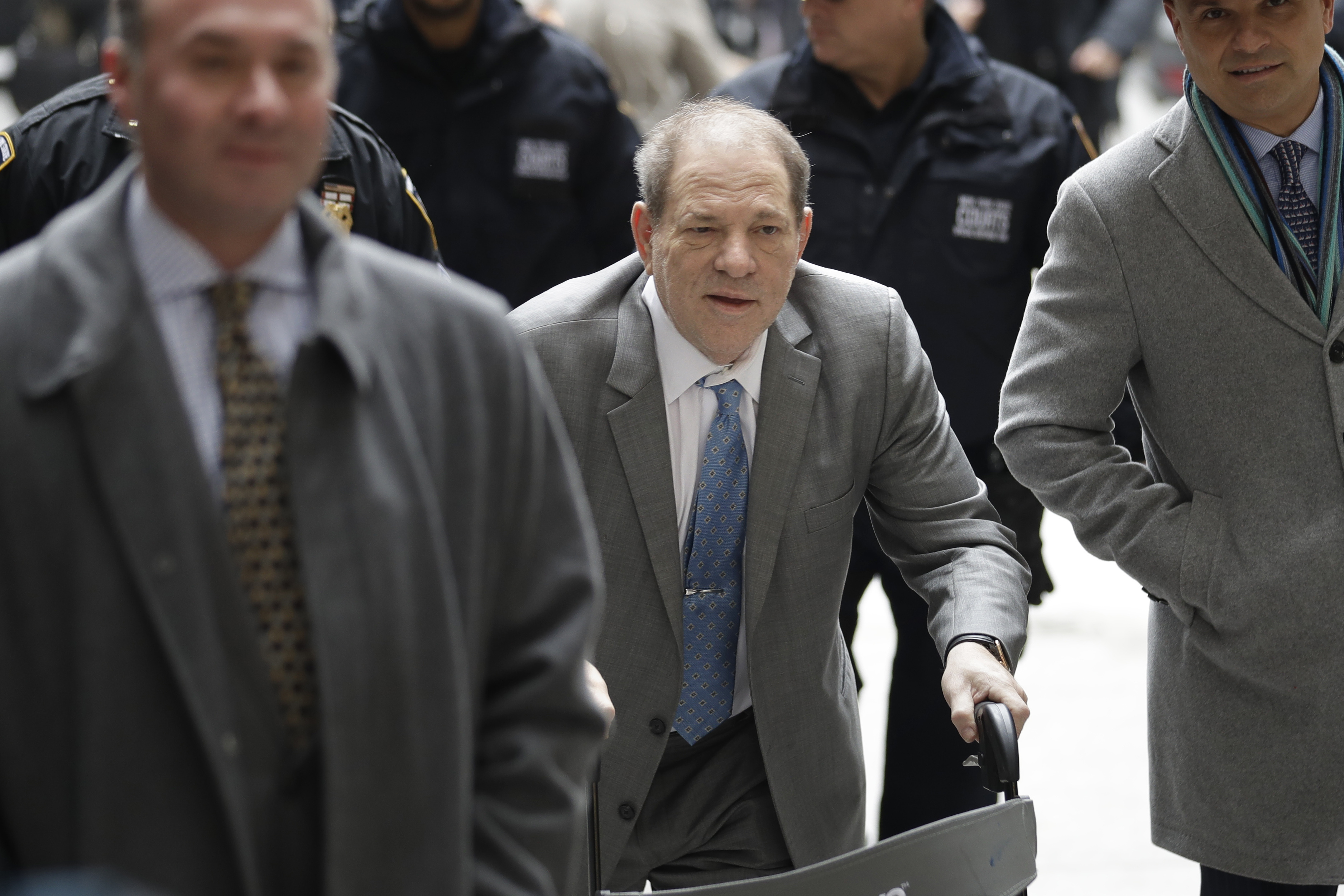 NEW YORK (AP) — A jury is expected to begin deliberations Tuesday in Harvey Weinstein’s trial after often-emotional testimony from multiple women who accused him of sexual assault.

The panel of five women and seven men will begin to weigh the evidence that Weinstein raped a woman in a Manhattan hotel room in 2013 and forcibly performed oral sex on another woman, TV and film production assistant Mimi Haleyi, in 2006.

Other accusers including actress Annabella Sciorra testified as part of the prosecution’s effort to show he used the same tactics to victimize many women over the years.

Haleyi, a former “Project Runway” production assistant, testified that Weinstein pushed her onto a bed and sexually assaulted her, undeterred by her kicks and pleas of, “No, please don’t do this, I don’t want it.”

The woman who says Weinstein raped her in 2013 sobbed in court as she described how she sent Weinstein flattering emails and kept seeing him after the alleged rape because “I wanted him to believe I wasn’t a threat.”

The Associated Press has a policy of not publishing the names of people who allege sexual assault without their consent. It is withholding the name of the rape accuser because it isn’t clear whether she wishes to be identified publicly.

Prosecutor Joan Illuzzi-Orbon said in her closing argument Friday that Weinstein treated the women who accused him like “complete disposables” and made them feel ashamed even though he was the one who was at fault.

But defense lawyer Donna Rotunno said in her closing argument last week that the prosecutors had “created a universe that strips adult women of common sense, autonomy and responsibility.”

Rotunno suggested that, according to prosecutors, Weinstein’s accusers “are not even responsible for sitting at their computers sending emails to someone across the country.”