WASHINGTON (AP) — The Justice Department announced new charges Monday against a Libyan bombmaker in the 1988 explosion of Pan Am Flight 103 over Lockerbie, Scotland, an attack that killed 259 people in the air and 11 on the ground.

The charges were announced on the 32nd anniversary of the bombing and in the final news conference of Attorney General William Barr’s tenure, underscoring his personal attachment to a case that unfolded during his first stint at the Justice Department. He had announced an earlier set of charges against two other Libyan intelligence officials in his capacity as acting attorney general nearly 30 years ago, vowing that the investigation would continue.

Though Barr had not appeared at a press conference in months, he led this one two days before his departure as a career bookend.

In presenting new charges, the Justice Department is revisiting a case that deepened the chasm between the United States and Libya, laid bare the threat of international terrorism more than a decade before the Sept. 11 attacks and produced global investigations and punishing sanctions.

The case against the alleged bombmaker, Abu Agela Masud Kheir Al-Marimi, is for now more theoretical than practical since Masud is not in U.S. custody, but it is nonetheless one of the more consequential counterterrorism prosecutions brought by the Trump administration Justice Department.

“At long last, this man responsible for killing Americans and many others will be subject to justice for his crimes,” Barr said.

A breakthrough in the investigation came when U.S. officials in 2017 received a copy of an interview that Masud, an explosives expert for Libya’s intelligence service, had given to Libyan law enforcement several years earlier after being taken into custody following the collapse of the regime of the country’s leader, Col. Moammar Gadhafi.

In that interview, U.S. officials said, Masud admitted building the bomb in the Pan Am attack and working with the two other defendants to carry it out. He also revealed that he had been summoned by a Libyan intelligence official to a meeting in Tripoli and asked whether the “suitcases” were finished.

While Masud is now the third Libyan intelligence official charged in the U.S. in connection with the Lockerbie bombing, he would be the first to stand trial in an American courtroom.

After Barr in 1991 announced charges against the two other men, Abdel Baset al-Megrahi and Lamen Khalifa Fhimah, the Libyan government balked at turning them over, skeptical the men could receive a fair trial. 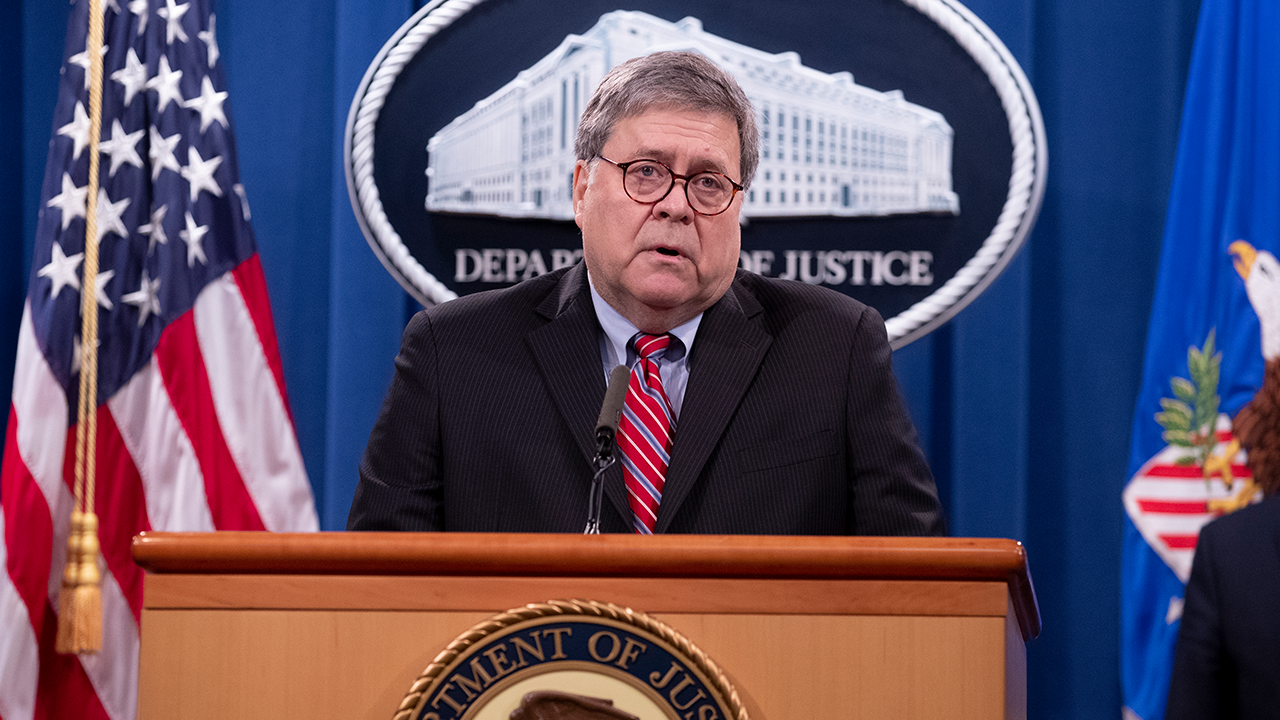 In 1992, the U.N. Security Council imposed arms sales and air travel sanctions against Libya to prod Gadhafi into surrendering the two suspects. Libya ultimately turned them over for prosecution before a panel of Scottish judges sitting in a Netherlands court as part of a special arrangement.

Al-Megrahi was convicted while Fhimah was acquitted of all charges. Al-Megrahi was given a life sentence, but Scottish authorities released him on humanitarian grounds in 2009 when he was diagnosed with prostate cancer. He later died in Tripoli.

The Pan Am flight exploded over Lockerbie less than an hour after takeoff from London on Dec. 21, 1988, en route to New York City and then Detroit. Among the 190 Americans on board were 35 Syracuse University students flying home for Christmas after a semester abroad.

The attack was the latest flare of tension between Libya and the West. In the years before the flight, for instance, Libya was blamed for the bombing of a West Berlin discotheque that killed two American soldiers and injured dozens of others.

It wasn’t until 2003 that Gadhafi and Libya accepted responsibility for the Pan Am disaster, with the country reaching a $2.7 billion compensation deal with the victims’ families. Sanctions were lifted and, in 2006, the Bush administration removed Libya from its list of state sponsors of terrorism and restored diplomatic relations.

Besides Barr, another key figure in the Lockerbie investigation was Robert Mueller, who was the Justice Department’s criminal chief at the time the first set of charges was announced. Mueller would later become FBI director and special counsel in charge of the investigation into ties between Russia and the 2016 Trump campaign.

The Russia probe produced a rift between the men after Mueller complained to Barr that he had mischaracterized the gravity of his team’s findings in a letter that he made public before the investigative report was released. Barr said Monday that he did not invite Mueller to be present for the announcement of the new charges.