‘Kimye’ is no more: Kardashian files to divorce West

Kim Kardashian West filed for divorce from Kanye West Friday after 6 1/2 years of marriage, court records show. The move brings an impending end to one of the most followed celebrity unions of the 21st century — the marriage of a reality TV superstar and a hip-hop and fashion phenomenon with four kids, a vast fortune to split and even more fame.

Kardashian is seeking joint custody of the children and her filing states the couple have a prenuptial agreement that will determine how their assets will be divided. It cites irreconcilable differences for their breakup and does not list a separation date.

The couple began dating in 2012 and had their first child in 2013. West proposed later that year using the giant screen at the empty waterfront ballpark of the San Francisco Giants, and the two married May 24, 2014, in a ceremony at a Renaissance fortress in Florence, Italy.

The beginning of the end of the marriage comes after the September announcement that the show that made her family’s name, “Keeping Up With The Kardashians,” was coming to an end in 2021 after 14 years. 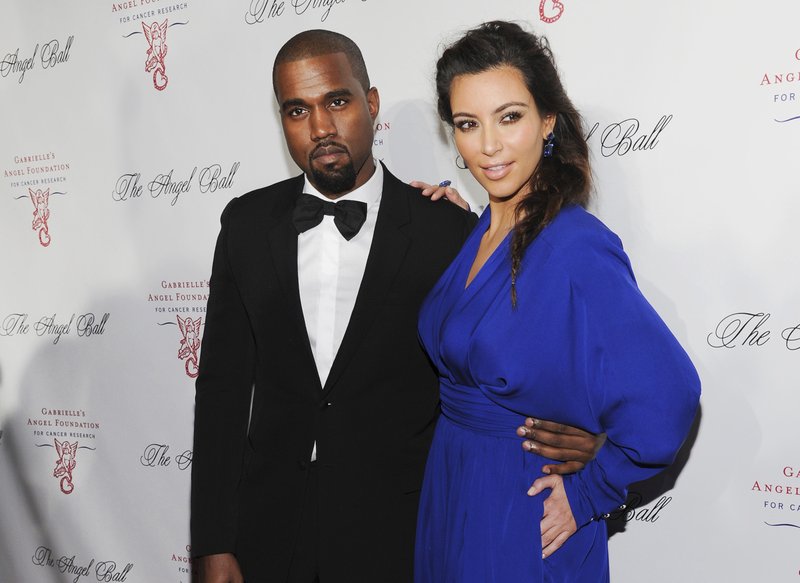 It was the first marriage for the West, 43, and the third for Kardashian, 40. While the union wasn’t long, it outlasted the predictions of many cynics who thought doom was inevitable given the two oversized personalities, West’s well-known volatility and the fact that Kardashian’s previous marriage, to former NBA player Kris Humphries, was fleetingly brief.

Kardashian’s first marriage at age 19 in 2000 to music producer Damon Thomas lasted until 2004, and in 2011, she married Humphries in a heavily hyped wedding that was televised in a two-part special on “Keeping Up With the Kardashians.”