SAN DIEGO — Construction workers were shocked to discover a litter of kittens stowed away on their truck after driving from Hayward, Calif. to San Diego. The employees of DPR Construction were at the site of the future Kaiser Permanente Clairemont Mesa Medical Offices when they heard meows coming from a 60-foot steel column.

The employees tried coaxing the kittens out with food, but eventually had to tip the column to get to them. Five kittens slid out, and the construction workers called San Diego Humane Society for help. Humane Officers picked up the one-week old kittens and transferred them to the SDHS Kitten Nursery for 24-hour care. The kittens, who are now four weeks old, are named after construction tools and materials. The three males and two females are Crowbar, Rebar, Chisel, Jackhammer and Piper.

The kittens are gaining weight and doing well in foster care. They will remain in foster homes until they are about eight weeks old, at which time they will be put up for adoption. 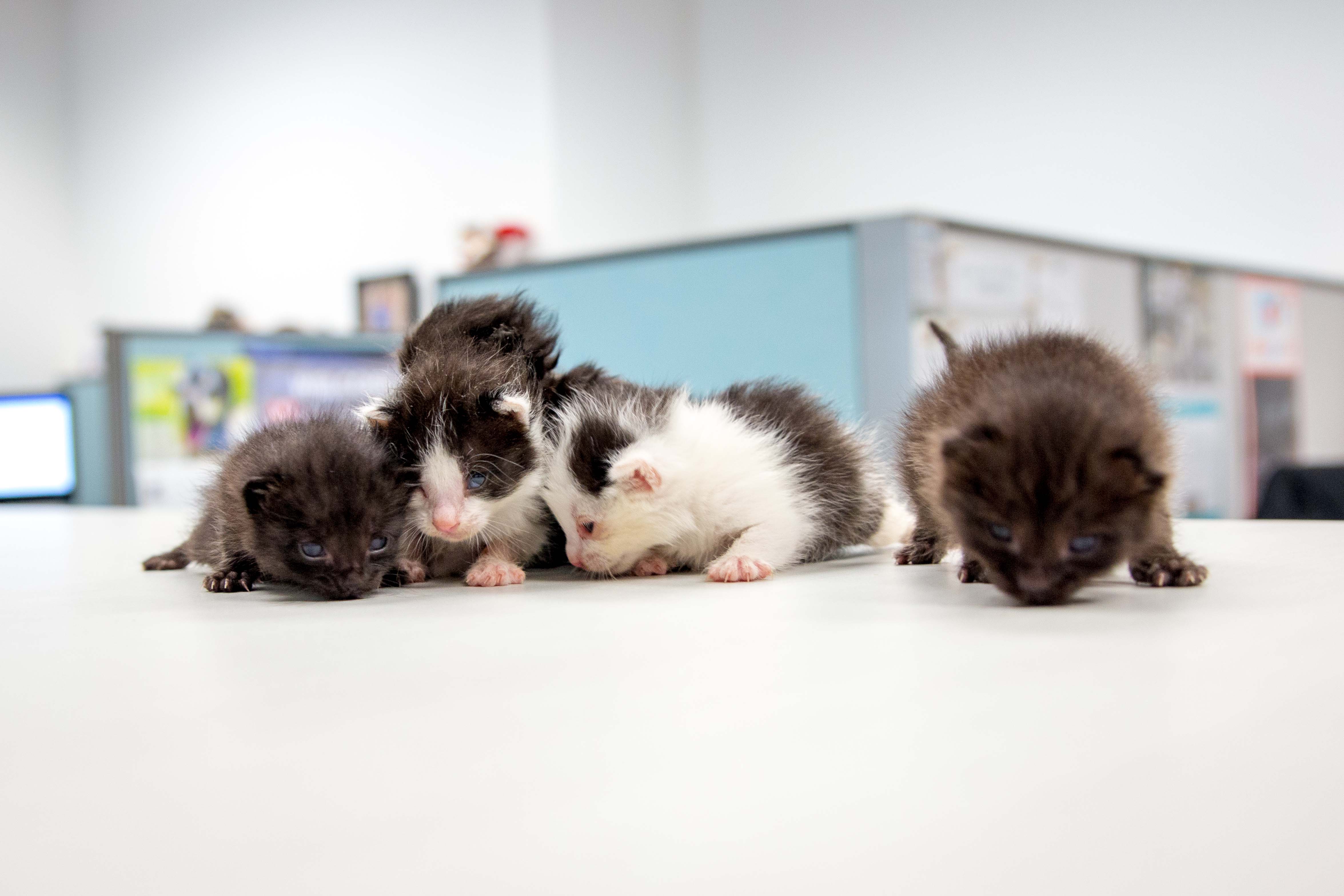