WASHINGTON (KUSI) — A rising generation of Republican stars offered an optimistic view of President Donald Trump’s leadership and promising future for the country.

President Trump tweeted out all the speeches from the day one speakers, you can watch them below.

KUSI Contributor and AM 760 Radio Host, Mark Larson joined Good Morning San Diego to talk about day one of the RNC and share his thoughts on their vision for the country. 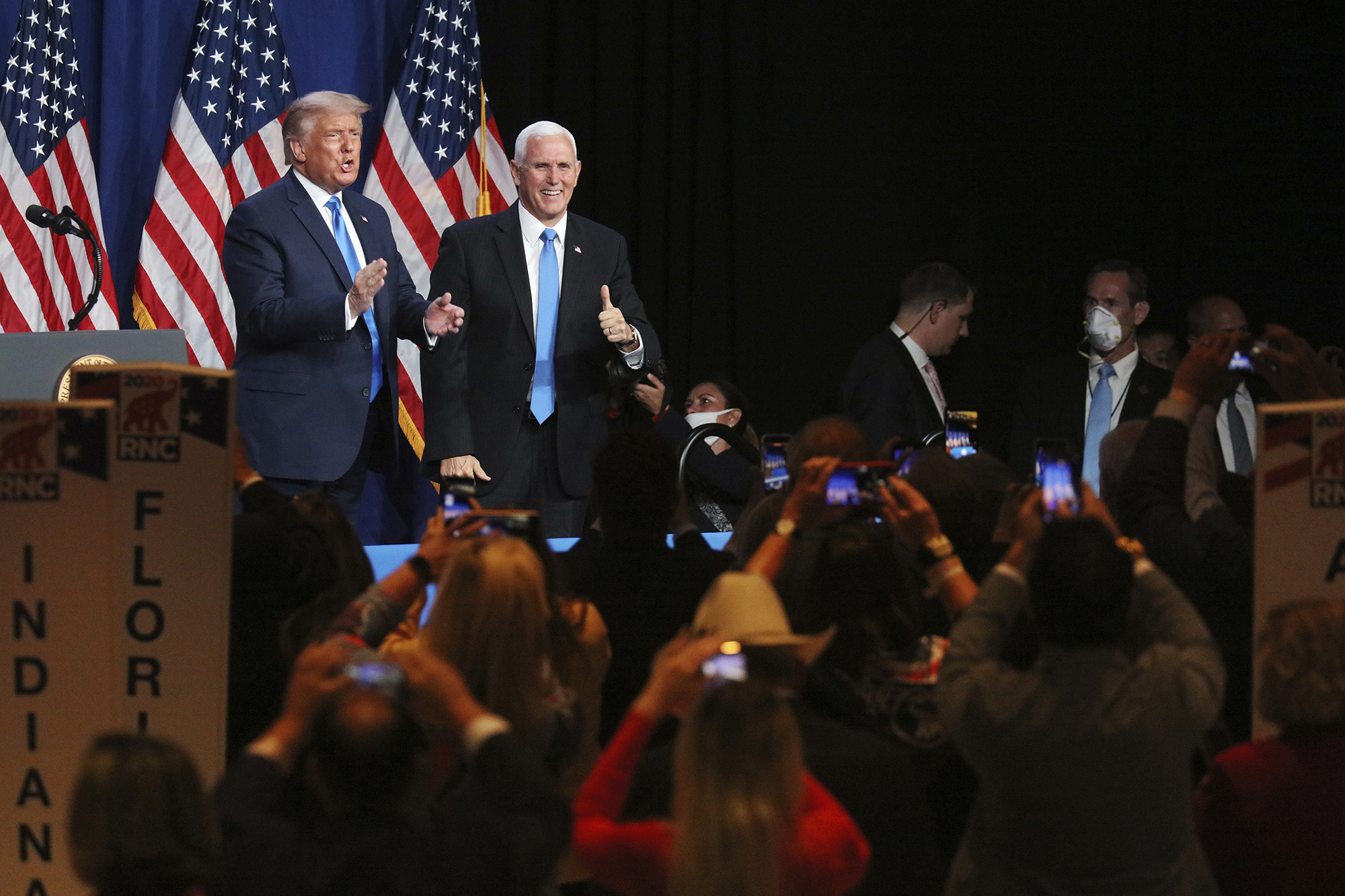 President Donald Trump and Vice President Mike Pence give a thumbs up after speaking during the first day of the Republican National Convention Monday, Aug. 24, 2020, in Charlotte, N.C. (Travis Dove/The New York Times via AP, Pool)