Parents have reached out to KUSI News after their young students came home describing the curriculum they had learned at school. The parents feel their students are being taught gender-fluidity, which they say is leftist ideology.

Specifically, lower school students were read the book, “It feels good to be yourself,” by Theresa Thorn. None of the parents were notified of this curriculum ahead of time.

When a parent asked about the curriculum, the head of LJCD’s Lower School, Payton Hobbs, confirmed this book was read to the first grade students. Hobbs said, “the focus of the lesson  (Child’s Name) mentioned is connected to concept of Dignity and its meaning here at LJCDS. During the lesson, they discuss “acceptance of identity” as an aspect of our Dignity model. Students are also provided time to talk about what this means to them.”

Hobbs continued to explain that, “after this initial discussion, they read It Feels Good to Be Yourself,  by Theresa Thorn which focuses on gender identity. Afterwards, the team takes questions from the students, and talk a bit about pronouns.”

The parents simply don’t think this curriculum is appropriate for 7 and 8 year olds. Furthermore, they were not given a choice to opt-out of this kind of curriculum.

La Jolla Country Day school issued a statement in response to KUSI’s story urging parents to reach out to the school directly to address their concerns.

But, as of 4:30PM Monday, LJCD’s Head of School, Gary Krahn, has not yet responded to KUSI’s request for comment.

It is worth noting that La Jolla Country Day is one of the most prestigious private schools in San Diego County. They have students from first grade through High School, with yearly tuition ranging from $16,650 all the way up to $37,130 for High School. 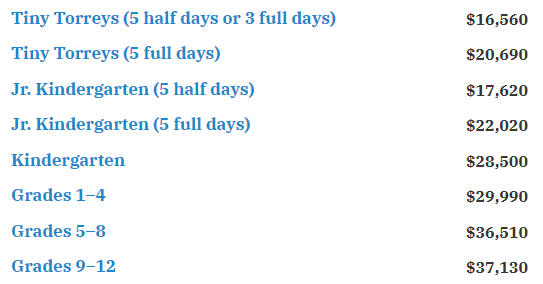 KUSI’s Teresa Sardina spoke with the parents and reached out to La Jolla Country Day to gather all the details.