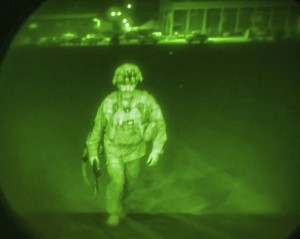 WASHINGTON (AP) — After two decades, the United States has completed its withdrawal from Afghanistan, ending America’s longest war and closing a sad chapter in military history.

It’s likely to be remembered for colossal failures, unfulfilled promises and a frantic final exit that cost the lives of 13 service members, some barely older than the war.

The last U.S. Air Force evacuation flight from Kabul airport late Monday marked the end of a frantic effort to get out Americans, Afghans and others desperate to escape the Taliban’s return to power 20 years after they were ousted in a U.S.-led invasion.

More than 2,400 Americans lost their lives in the long war.

Man Dies After Veering From Roadway, Becoming Trapped in Vehicle in San Diego

"Operation Game On" helps to rebuild lives of combat-injured troops

Officers respond to active shooting incident at the Mall of America