KABUL, Afghanistan (AP) — A Taliban guard at the Kabul airport says the last U.S. planes have flown out after 20 years of war in Afghanistan.

Meaning, The United States has completed its withdrawal from Afghanistan, ending America’s longest war and closing a sad two-decade chapter in military history.

It’s likely to be remembered for colossal failures, unfulfilled promises and a frantic final exit that cost the lives of 13 service members, some barely older than the war. The last U.S. Air Force evacuation flight from Kabul airport late Monday marked the end of a frantic effort to get out Americans, Afghans and others desperate to escape the Taliban’s return to power 20 years after they were ousted in a U.S.-led invasion. 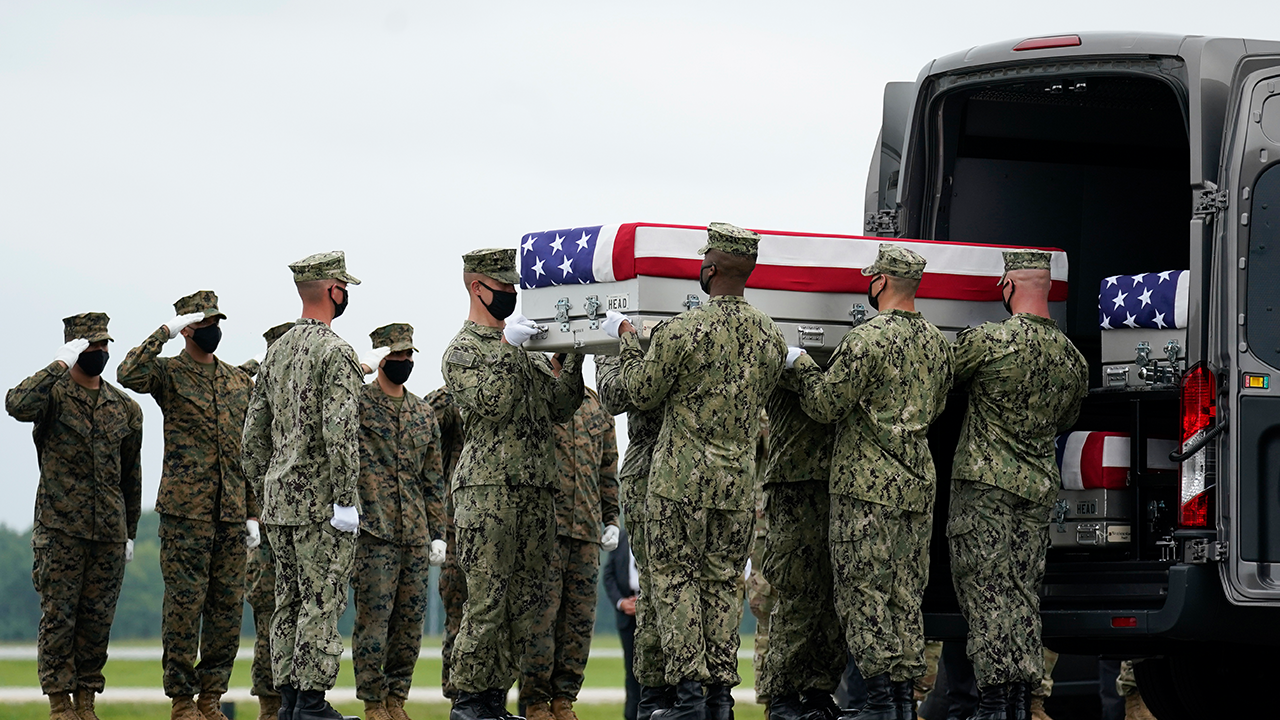 A carry team loads a transfer case with the remain of Navy Corpsman Maxton W. Soviak, 22, of Berlin Heights, Ohio, into a transfer vehicle during a casualty return at Dover Air Force Base, Del., Sunday, Aug. 29, 2021, for the 13 service members killed in the suicide bombing in Kabul, Afghanistan, on Aug. 26. (AP Photo/Carolyn Kaster)

More than 2,400 Americans lost their lives in the long war.

General says some American citizens who wanted to leave Afghanistan remain in country after US departure.

Hemad Sherzad tells The Associated Press the last five planes departed just after midnight on Tuesday, and Celebratory gunfire erupted across the city.

CENTCOM Commander, General Kenneth McKenzie Jr, held a press conference announcing that the war in Afghanistan is now over.