WASHINGTON (AP) — Lawmakers heard testimony Thursday from the former special U.S. envoy to Ukraine who has become a central figure in the unfolding impeachment inquiry against President Donald Trump. It’s the first in what is expected to be a series of interviews with officials inside and outside the State Department. 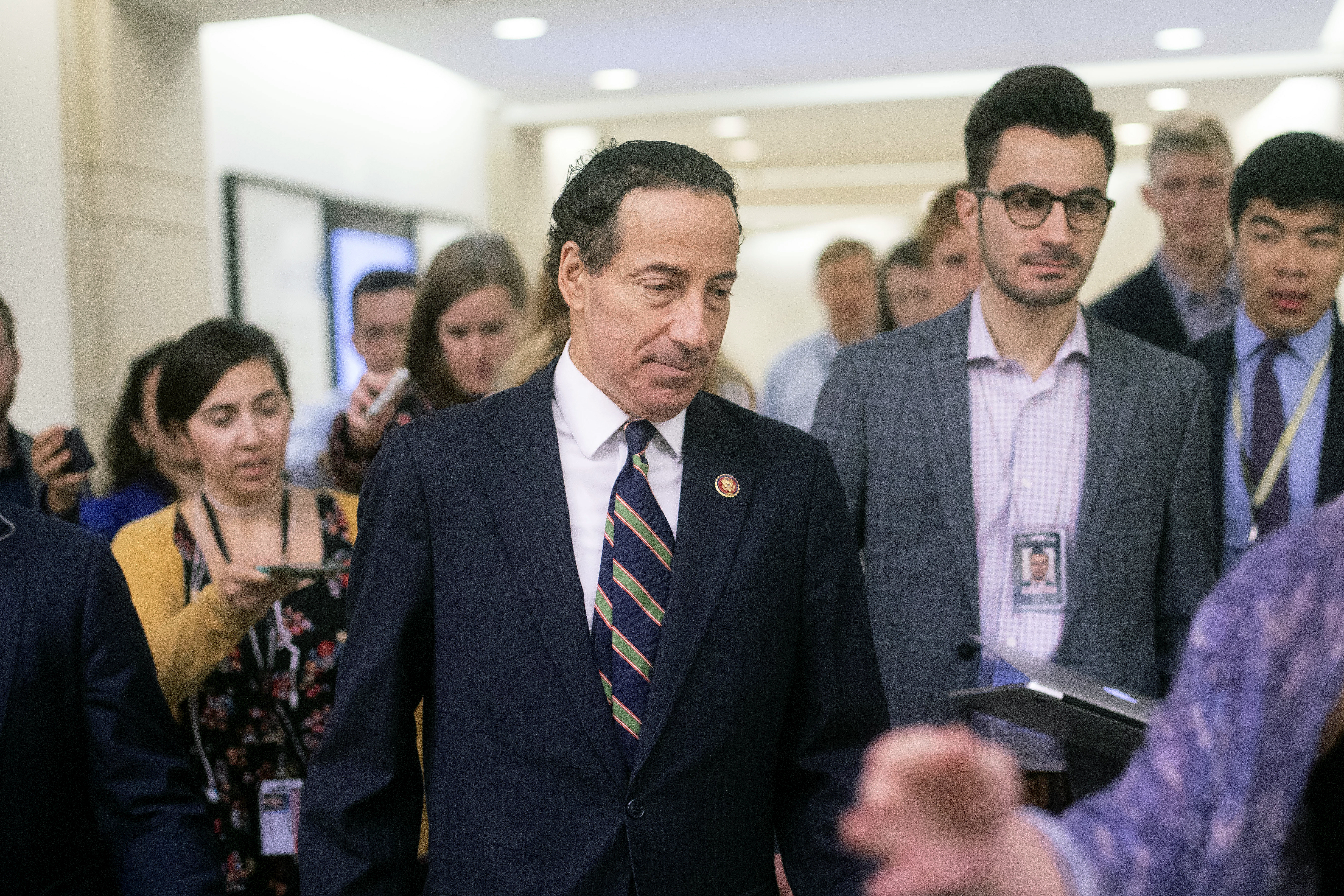 Rep. Jamie Raskin, D-Md., center, is followed by members of the media after attending a closed-door interview of Kurt Volker, a former special envoy to Ukraine, with other House investigators, as House Democrats proceed with the impeachment inquiry of President Donald Trump, at the Capitol in Washington, Thursday, Oct. 3, 2019 (AP Photo/Pablo Martinez Monsivais)

Kurt Volker produced documents for the interview including copies of text messages and photos, according to a person who wasn’t authorized to speak on the record about the private session. Investigators planned to ask Volker about any role he may have played in Trump’s efforts to press Ukrainian officials for damaging information about the son of former Vice President Joe Biden.

Volker resigned on Friday after being asked to testify to Congress about the whistleblower complaint that describes how Trump in a July 25 phone call repeatedly prodded Ukrainian President Volodymyr Zelenskiy for an investigation of Biden and his son Hunter, while his administration delayed the release of military aid to help Ukraine fight Russia-backed separatists. The complaint says Volker met in Kyiv with Zelenskiy and other Ukrainian political figures a day after the call and he provided advice about how to “navigate” Trump’s demands.

“I think he was doing the best he could,” said retired senior U.S. diplomat Daniel Fried, who described the actions of his former colleague as trying to guide Ukrainians on “how to deal with President Trump under difficult circumstances.”

Volker agreed to a voluntary interview with lawmakers and congressional staff, led by House Intelligence Committee Chairman Adam Schiff of California, as Democrats dig deeper into the administration’s handling of Ukraine. The session began Thursday morning and appeared likely to last well into the afternoon.

Republican lawmakers who took part in the first session with Volker downplayed what they heard.

“Not one thing he has said comports with any of the Democrats’ impeachment narrative, not one thing,” said Republican Rep. Jim Jordan of Ohio.

Kurt Volker has become the central figure in the impeachment inquiry against @realDonaldTrump.

After he testified behind closed doors, @JimJordan said, "nothing he said comports with any of the Democrats' impeachment narrative, not one thing"

Republicans also argued that because Democrats have not yet voted in the House to open a formal impeachment inquiry, the proceedings lack authority to set certain rules for the hearing.

Rep. Mike McCaul of Texas, the ranking Republican on Foreign Affairs, said in a letter to the panel’s chairman that questioning of Volker was being unduly limited to staff from the intelligence committee, even though the Oversight and Foreign Affairs panels were also represented.

Republicans are increasingly calling the impeachment proceedings into question as a way to sow doubt and put pressure on Speaker Nancy Pelosi to force a vote that would put Democrats on record for an impeachment inquiry.

Kevin McCarthy the GOP minority leader said Pelosi should halt proceedings until then. “The American people deserve assurance that basic standards of due process will be present,” he said in a letter to the speaker.

Volker’s role on Ukraine, along with Secretary of State Mike Pompeo’s confirmation that he was also on Trump’s July 25 call, has deeply entangled the State Department in the impeachment inquiry now shadowing the White House.

The State Department said Volker has confirmed that he put a Zelenskiy adviser in contact with Trump’s lawyer Rudy Giuliani, at the Ukraine adviser’s request, and Giuliani has said he was in frequent contact with Volker.

Separately, The Associated Press reported on Wednesday that Volker met last year with a top official from the same Ukrainian energy firm that paid Biden’s son Hunter to serve on its board. The meeting occurred even as Giuliani pressed Ukraine’s government to investigate the company and the Bidens’ involvement with it.

Pompeo accused the congressional investigators of trying to “bully” and “intimidate” State Department officials with subpoenas for documents and testimony, suggesting he would seek to prevent them from providing information. But the committee managed to schedule the deposition with Volker as well as one next week with Marie Yovanovitch, who was U.S. ambassador to Ukraine until she was removed from the post last spring.

The spotlight is an unlikely place for Volker, who was brought into the Trump administration by Trump’s first secretary of state, Rex Tillerson, to serve as envoy for Ukraine. He worked in a volunteer capacity and had retained his job as head of the John McCain Institute for International Leadership at Arizona State University.

Though his name may not have been known before last week to most Americans, Volker had a long diplomatic career, often working behind the scenes. He was a principal deputy assistant secretary for European and Eurasian affairs before becoming the U.S. ambassador to NATO in 2008.

In his most recent role as envoy to Ukraine, he spoke openly of U.S. support for Ukrainian sovereignty. Last year, he criticized the expansion of Russian naval operations and Russia’s resistance to full deployment of a U.N. peacekeeping mission in eastern Ukraine to monitor the fight against the Russia-backed separatists.

Pompeo himself mentioned Volker in an appearance in Rome on Wednesday when he confirmed his participation in the call, saying he had been focused on “taking down the threat that Russia poses” in Ukraine and to help the country build its economy.

Fried described Volker as a “dedicated public servant and professional, a problem solver.”

“In all of the years I’ve worked with him, we never had a partisan conversation,” Fried said. “He’s an utter professional.”

Why is it so hard to get a religious exemption from COVID-19 vaccine mandates?