WASHINGTON (AP) — The first impeachment hearing held by House Democrats Tuesday quickly turned hostile as their sole witness, former Trump campaign manager Corey Lewandowski, stonewalled many of their questions and declared they were “focusing on petty and personal politics.”

Lewandowski, a devoted friend and supporter of President Donald Trump, was following White House orders not to discuss conversations with the president beyond what was already public in former special counsel Robert Mueller’s report. Trump was cheering him along as he testified, tweeting that his opening statement was “beautiful.”

The hearing underscores what has been a central dilemma for the House Judiciary Committee all year as they investigate — and potentially try to impeach — Trump. Many of the Democrats’ base supporters want them to move quickly to try to remove Trump from office. But the White House has blocked their oversight requests at most every turn, declining to provide new documents or allow aides and associates to testify. 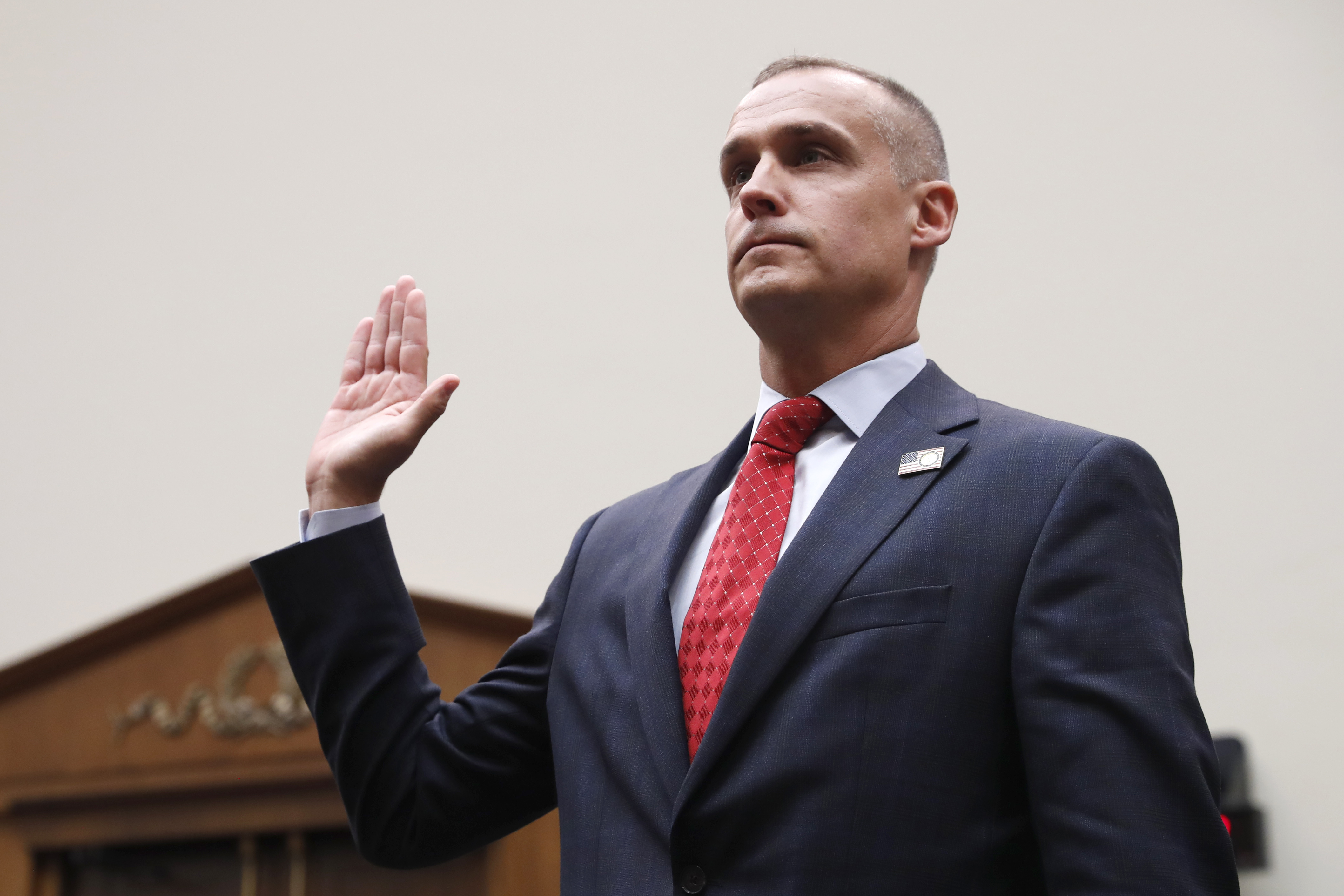 On Tuesday, Lewandowski, who is considering a run for Senate in New Hampshire, made clear he wouldn’t make life easy for the Democrats. He demanded that they provide him a copy of the Mueller report, sending Democratic staff scrambling to find one. He read directly from report and asked Democrats to read passages to him, showing that he wouldn’t say much beyond what Mueller wrote. Republicans on the panel forced a series of procedural votes, immediately sending the hearing into disarray.

Lewandowski eventually began to answer some questions — he told the committee that he doesn’t think Trump “asked me to do anything illegal” — but still stuck mostly to what was already in the report, giving Democrats little new information to go on. And he made clear his dislike for the House majority in the opening statement, calling them petty and asserting that investigations of the president were conducted by “Trump haters.”

Lewandowski never delivered the message but asked White House aide Rick Dearborn, also a former Sessions aide, to do it. Dearborn said he was uncomfortable with the request and declined to deliver it, according to the report.

Under questioning by Rep. Hank Johnson, D-Ga., Lewandowski confirmed as “accurate” that Trump had asked him to deliver the message. At least two Democrats asked if he “chickened out.” Lewandowski said no, that he took his kids to the beach instead.

And under questioning from Democratic staff lawyer Barry Burke — allowed under new rules the committee approved for impeachment hearings — Lewandowski acknowledged that he had possibly lied in a cable interview about his interactions with Trump when he said he didn’t remember the president asking him to get involved with Sessions.

Democrats say the blockade from the White House and stonewalling from witnesses like Lewandowski just give them more fodder for lawsuits they have filed against the administration — and possible articles of impeachment on obstruction.

“You are also proving our point for the American people to see,” Nadler said, noting that one of the articles of impeachment drafted against former President Richard Nixon involved obstruction. He said Lewandowski’s behavior is “completely unacceptable.”

Two other witnesses who were subpoenaed alongside Lewandowski, Dearborn and former White House aide Rob Porter, did not show up at all, on orders from the White House. The White House says the former aides are “absolutely immune” from testifying — a principle that Democrats are currently challenging in court.

The committee’s impeachment investigation faces major hurdles, and it’s still unclear whether the panel will ever draft articles of impeachment or hold any impeachment votes. The Republican Senate is certain to rebuff any House efforts to bring charges against the president. Moderate Democrats have expressed nervousness that the impeachment push could crowd out their other accomplishments. And House Speaker Nancy Pelosi has said the public sentiment isn’t yet there.

Still, the Judiciary panel is moving ahead, last week approving the rules, including the staff questioning, for what Nadler said will be an “aggressive series” of impeachment hearings this fall. Republicans declined to use their 30 minutes of staff questioning, arguing that the hearings aren’t really impeachment because the House never voted to begin an inquiry.

Tuesday’s hearing featured both combative exchanges between Lewandowski and Democrats and friendly questions from the Republican side of the dais. The witness took personal shots at some Democrats — calling California Rep. Eric Swalwell, who dropped out of the Democratic presidential primary, “President Swalwell,” for example. The Democrats ribbed him as well, with members occasionally reminding him that he was “not yet” a senator.

Republicans focused their ire on Nadler and the Democrats.

“They are going to bring back anybody, as much as they have to, to find something, anything to keep impeachment hopes alive,” Rep. John Ratcliffe, R-Texas, told Lewandowski during his round of questioning.

Lewandowski’s political future wound throughout the proceedings, which offered him a widely-televised platform from which to defend Trump and publicly introduce himself on the congressional political stage. A poll last week showed Lewandowski would win the GOP nomination for Senate in New Hampshire. Trump has offered his support for any bid for the right to challenge Democrat Jeanne Shaheen.

For his part, Lewandowski on Tuesday did nothing to bat down cracks from Democrats about his ambitions. And during a break in the hearing, he tweeted a link to his new super PAC.

House Judiciary will hold a hearing on "Presidential Obstruction of Justice and Abuse of Power," with testimony from Corey Lewandowski, President Trump’s former campaign manager.