PALM BEACH, Fla. (AP) — The head of the Small Business Administration, Linda McMahon, is stepping down from the role and will help President Donald Trump’s re-election effort, he said Friday.

Trump announced McMahon’s plans from his Palm Beach estate. Sitting next to the former wrestling executive and Republican donor, Trump said she had done an “outstanding” job and said she would “help us with the very important year and a half that we have coming up, the re-election.” 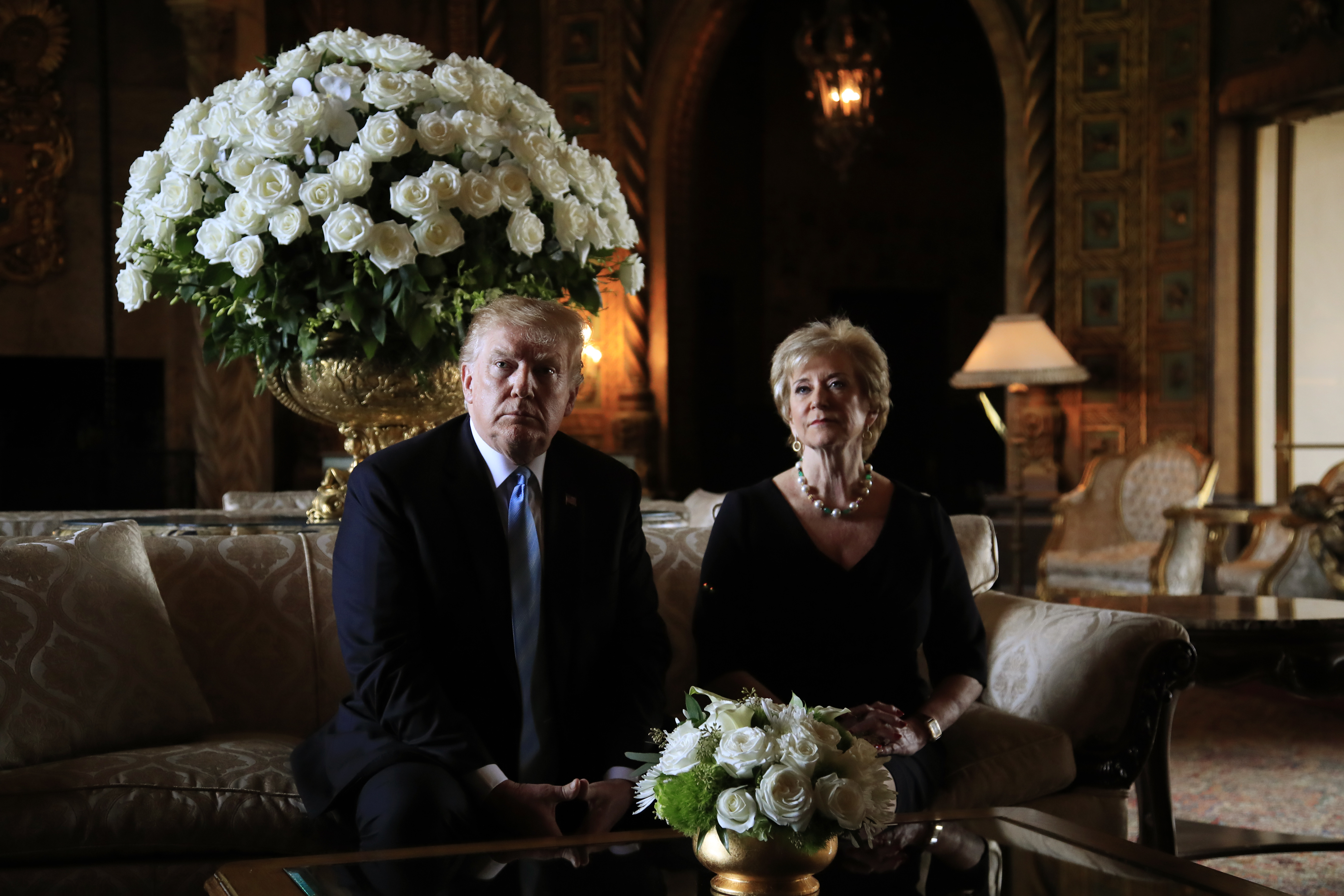 McMahon, who was tapped for the job by Trump in late 2016, said it had been an “honor” to serve. Her plans were first reported by Politico. A person familiar with her thinking who was not authorized to speak publicly said she was expected to join the Trump-supporting super PAC America First Action.

Trump said he would make a new nomination to the SBA role soon.

McMahon and her husband, Vince, founded and built World Wrestling Entertainment Inc., now a publicly traded sports entertainment company. She also poured $100 million of her fortune into two unsuccessful bids for a U.S. Senate seat in Connecticut in 2010 and 2012.

McMahon first backed New Jersey Gov. Chris Christie for president. But she has known Trump for decades, and contributed $5 million to Trump’s family charity, almost all of it in 2007. He participated in WWE events, including a 2007 “Battle of the Billionaires,” during which he shaved Vince McMahon’s head.

After Trump secured the Republican nomination, McMahon became one of his most generous benefactors. Fundraising records show she gave $6 million to an outside group that aired supportive commercials and attack ads against Democrat Hillary Clinton.

The SBA, best known for the small business loans it makes and the disaster aid it provides to companies and entrepreneurs, is also tasked with monitoring government officials’ compliances with contract laws.

What parents should do if they can't find baby formula