Machado, Cronenworth lead Padres over Dodgers in Game 2 of NLDS

LOS ANGELES (KUSI) – Jake Cronenworth and Manny Machado provided the power for the San Diego Padres in Game 2 of the National League Division Series against the Los Angeles Dodgers on Wednesday night at Dodger Stadium.

Cronenworth and Machado each hit solo home runs in the Padres 5-3 win over the Dodgers to even the series at one game apiece.

The Padres broke a 3-3 tie in the sixth inning on an RBI single by Jurickson Profar that scored Cronenworth. In the eighth inning, Cronenworth hit a solo home run to give the Padres a two-run lead.

Machado, the Padres third baseman, hit a solo home run off Dodgers starter Clayton Kershaw in the first inning and put his team up 1-0.

Dodgers first baseman Freddie Freeman tied the score, 1-1, with a solo home run in the bottom of the first inning. It was one of three solo home runs the Dodgers hit in the game.

Machado drove in Ha-Seong Kim with an RBI double and Cronenworth had an RBI groundout that scored Juan Soto in the third inning to give the Padres a 3-2 lead.

Machado and Cronenworth each drove in two runs for the Padres.

Game 3 of the NLDS in Friday at Petco Park in San Diego. The best of five series is tied 1-1.

Blake Snell is scheduled to start for the Padres against Tony Gonsolin for the Dodgers. First pitch is scheduled for 5:37 p.m. 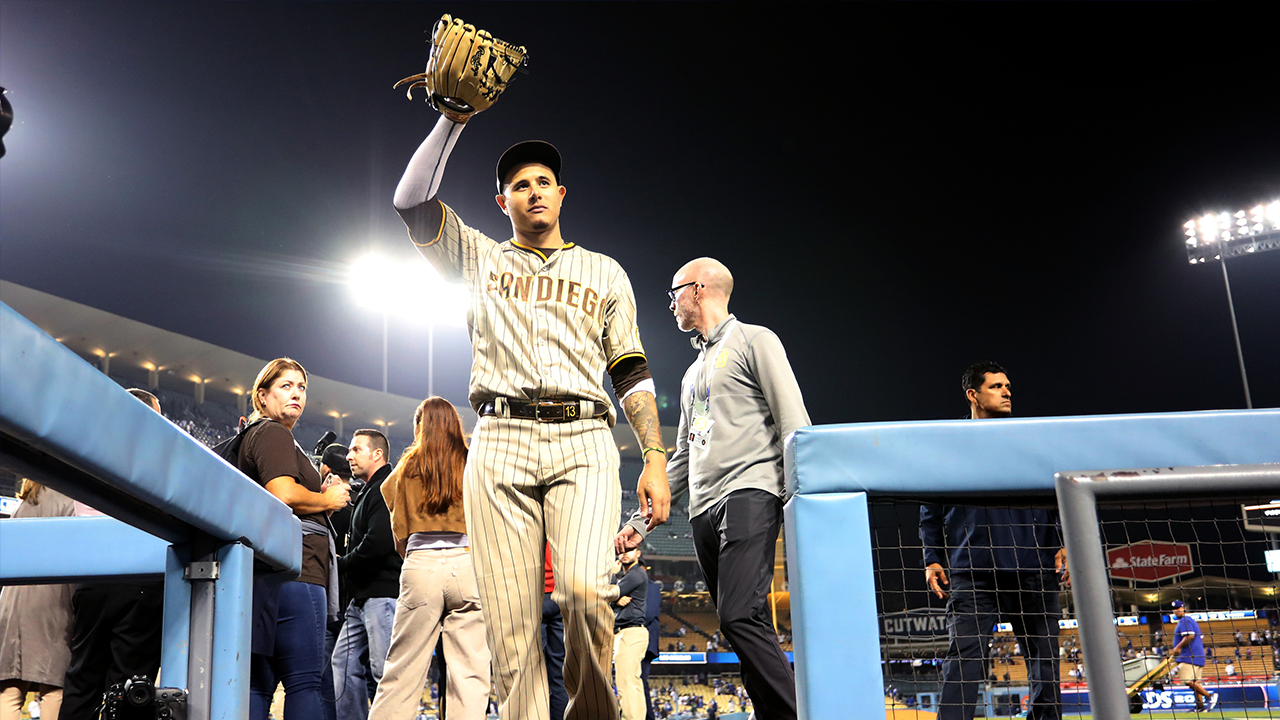