SAN DIEGO (KUSI) – Murder, attempted murder and hate crime allegations were filed Monday against a young man who allegedly burst into a Poway synagogue on the last day of Passover and opened fire with an AR-15-style assault rifle, killing a woman and injuring three other members of the congregation, including the rabbi.

John Earnest, 19, of Rancho Penasquitos, is also charged with arson of a house of worship for allegedly trying to burn down an Escondido mosque last month. He allegedly took credit for setting the March 23 non-injury fire at the Islamic Center of Escondido in a lengthy manifesto posted online before Saturday’s synagogue shooting, which occurred exactly six months after a deadly shooting at a Pittsburgh synagogue.

The hate crime allegations filed in connection with 60-year-old Lori Gilbert Kaye’s death at Chabad of Poway make Earnest eligible for the death penalty, should prosecutors decide to pursue it.

The gunfire erupted at 11:20 a.m. as about 100 people were celebrating the Jewish holiday of Passover. A funeral service was held at the synagogue Monday afternoon for Kaye, who died at the scene.

The three surviving victims, Rabbi Yisroel Goldstein, 57, Almog Peretz, 34, and 8-year-old Noya Dahan were treated at hospitals and have since been released.

I spoke at length yesterday to Rabbi Yisroel Goldstein, Chabad of Poway, where I extended my warmest condolences to him and all affected by the shooting in California. What a great guy. He had a least one finger blown off, and all he wanted to do is help others. Very special!

“On behalf of the members of the San Diego County District Attorney’s Office, our hearts go out to the victims of the Chabad of Poway shooting,” District Attorney Summer Stephan said. “We offer our condolences for the loss of precious life and the violence that fell upon members of the Jewish congregation, gathered to celebrate the end of Passover.

“All of San Diego County law enforcement is working to investigate this crime,” the county’s top prosecutor said. “We do not tolerate attacks based on religion in San Diego County. Our specialized prosecutors and our victim advocates are working around the clock alongside Sheriff (Bill) Gore and partner agencies to ensure justice is carried out and that victims are provided support and know how to successfully navigate the criminal justice system.” 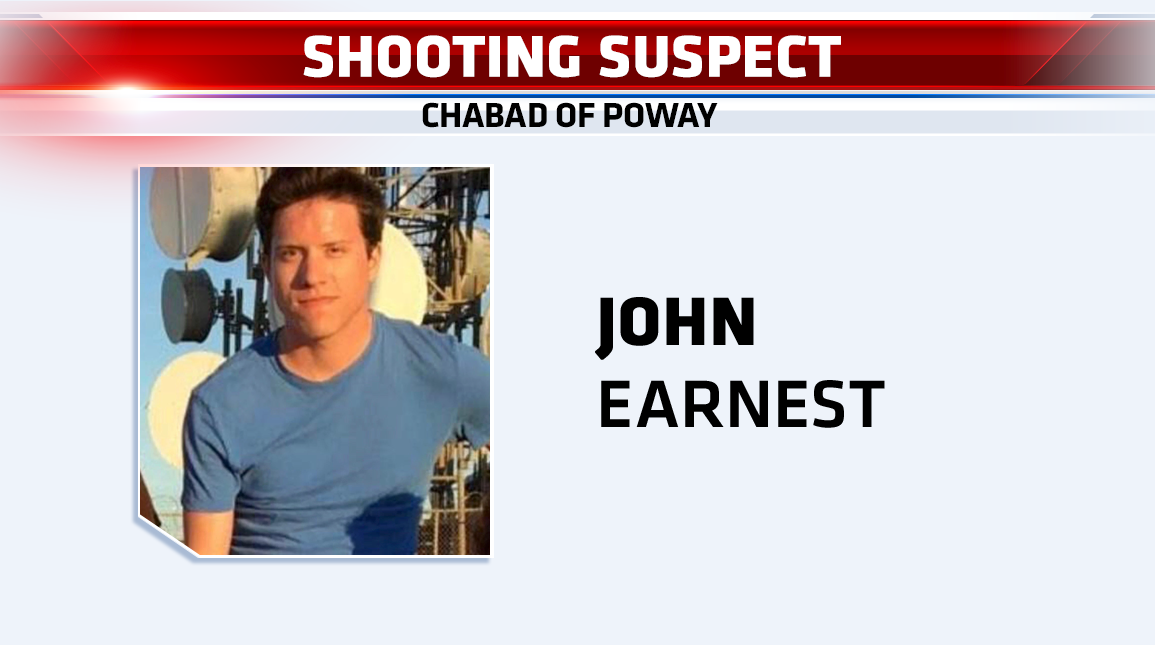