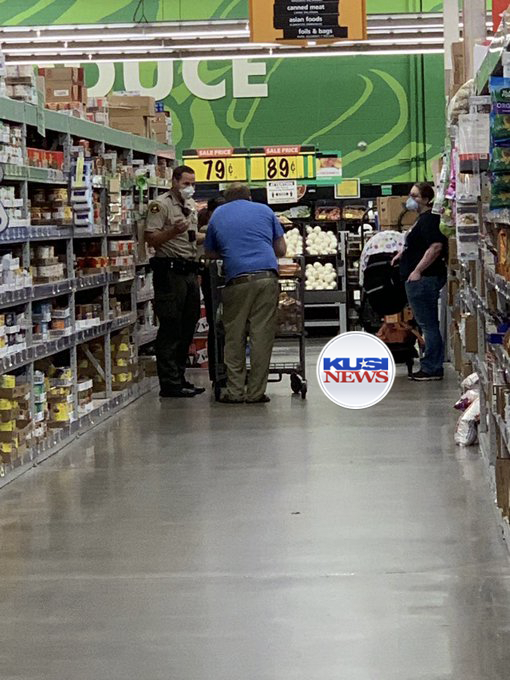 SANTEE (KUSI) –  For the second time in a week, the appearance of a man wearing a face covering bearing a design associated with racist hate groups at a Santee grocery store drew outrage today.

Deputies responding to a reported disturbance at a Food 4 Less in the 9400 block of Cuyamaca Street shortly after 6:30 p.m. Thursday arrived to find a shopper wearing a mask decorated with a rectangular swastika flag, according to the San Diego County Sheriff’s Department.

“When deputies asked for the symbol to be removed, the man complied,” according to a sheriff’s statement. “Sheriff’s investigators will continue to look into the matter. The Sheriff’s Department does not condone hate or acts of intolerance. We are a county that is welcoming of people from all backgrounds.”

The man’s name was not released.

The episode prompted expressions of shock and disgust online, including one from county Supervisor Dianne Jacob, who represents Santee and other East County neighborhoods.

“Sad, vile acts like this must not be tolerated here or anywhere else,” Jacob tweeted Friday afternoon. `”It’s deeply offensive to the community and our entire region.”

Other online commentators noted with dismay that a similar incident occurred in Santee only last weekend. On Saturday, a man wearing a Ku Klux Klan-style hood went shopping at a Vons store in the 9600 block of Mission Gorge Road, prompting angry condemnation from local leaders and civil-rights agencies.

Store employees repeatedly asked the customer to remove the pointed white head covering, and he finally did so while standing in a cashier’s line, according to Melissa Hill, a representative for Vons and Albertsons stores in Southern California.

Detectives were looking into whether the man, whose name was withheld, broke any laws by wearing the KKK-style shroud in public, according to sheriff’s officials.

KUSI News reached out to that Food 4 Less and asked about the shopper’s racist masks. The manager told us, “I am not allowed to talk about it.” 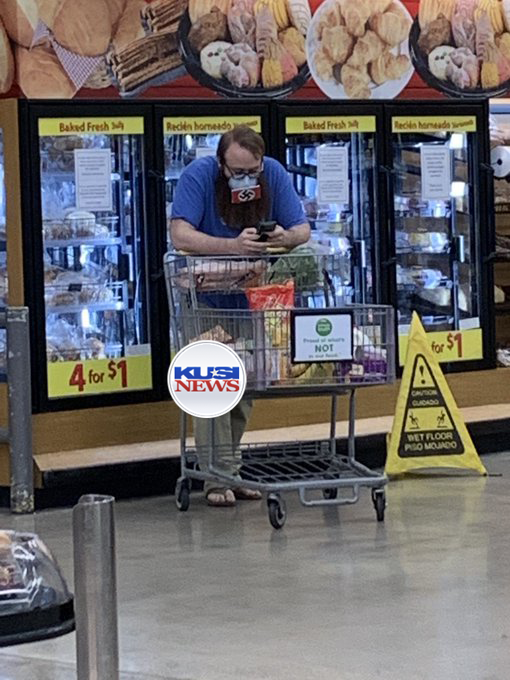