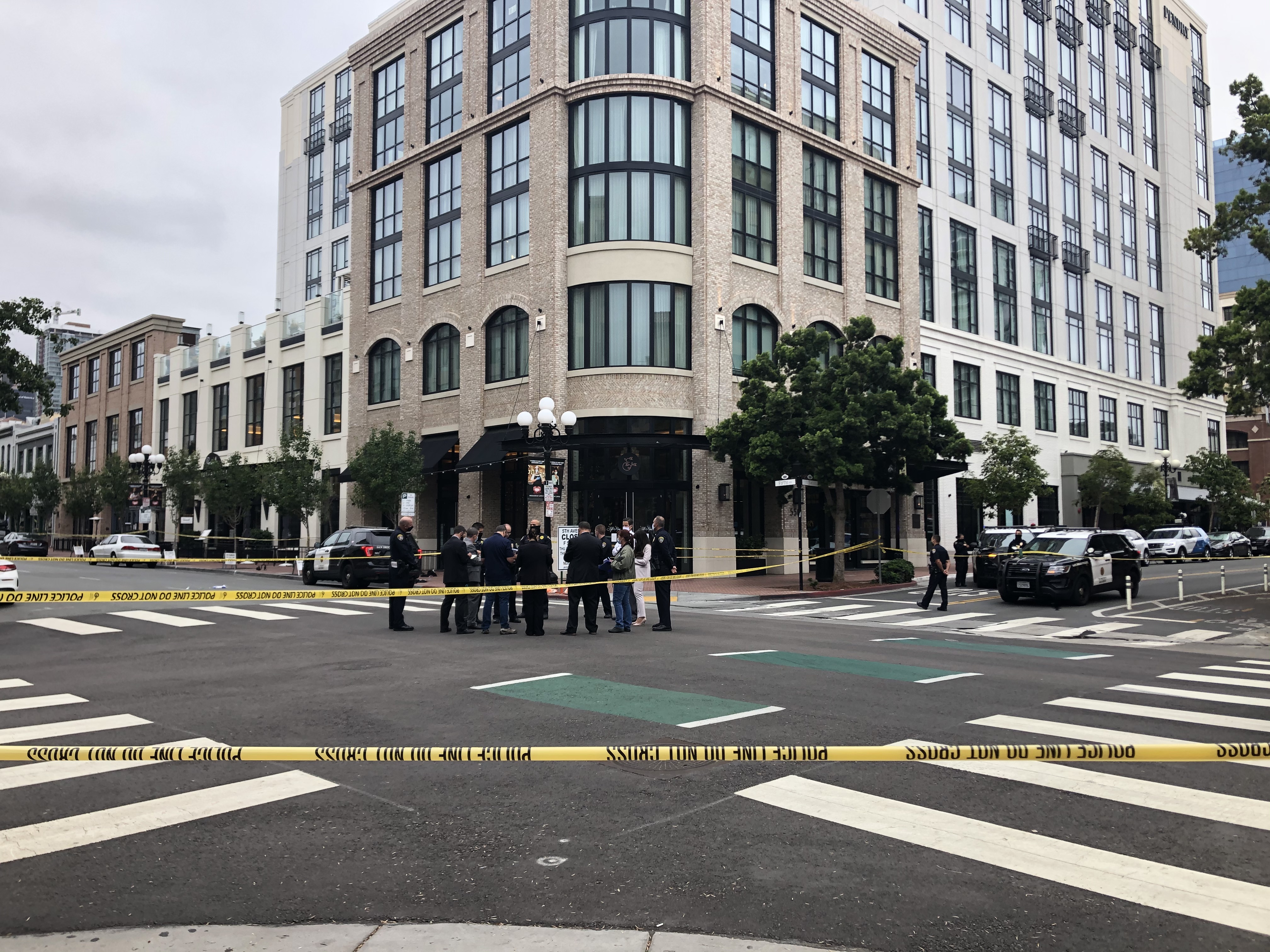 SAN DIEGO (KUSI) – A man was arrested on suspicion of fatally stabbing another man early Wednesday in the Gaslamp Quarter, police said.

Dispatchers received a call shortly before 2:35 a.m. from a man who reported that his friend had been stabbed near the intersection of Fifth Avenue and J Street, San Diego Police public-affairs Officer Billy Hernandez said.

The victim was taken to a hospital, then pronounced dead at 5:06 a.m., Hernandez said. His name and age were not immediately available.

Officers arrested a man near the scene on suspicion of the fatal stabbing, Hernandez said. The suspect’s name and age were not immediately available.

Police shut down the intersection of Fifth Avenue and J Street to investigate the circumstances leading up to the stabbing.