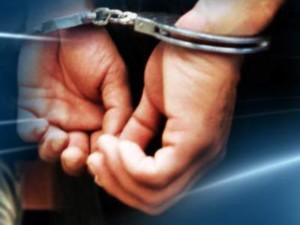 RAMONA (KUSI) – A 57-year-old man is in police custody Tuesday on weapons charges in Ramona.

Deputies from the Ramona Station of the San Diego County Sheriff’s Department were called at 4:30 p.m. Monday to the 2100 block of Walnut Street where they found a woman in the front yard of the residence bleeding from her calf from an apparent gunshot wound, said Sgt. Jared Anderson of the SDSD.

Initially the victim claimed she had been struck by an errant round from another property but after deputies canvassed the area for witnesses, neighbors told deputies that the woman had been in an argument with a man just before a gunshot was heard, Anderson said.

Deputies identified a vehicle of a suspect who was associated with the location where the victim was found and detained the driver, John Romeo, for questioning. Romeo, who lives at the same address as the victim and is a prior convicted felon out on bail, was in possession of what deputies called a “useable quantity” of narcotics, Anderson said.

During a search of his vehicle deputies also found a loaded 9mm handgun. Romeo was arrested on ” numerous weapons-related charges” and booked at San Diego Central Jail.

The woman was taken to a hospital. The shooting remains under investigation, Anderson said.