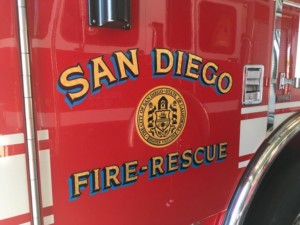 The accident happened around 5 a.m. in the 7300 of Mission Gorge Road, according to the San Diego Police Department.

The driver of the second vehicle was identified only as a 34-year-old man. Police did not immediately release the type of vehicle he was driving or provide details of what led to the crash.

No arrests were made, and police said alcohol was not a factor.

The sweeper driver, whose name was not released, was transported by the San Diego Fire-Rescue Department to Sharp Memorial Hospital. He suffered several injuries, including fractured ribs and a broken sternum, police said.