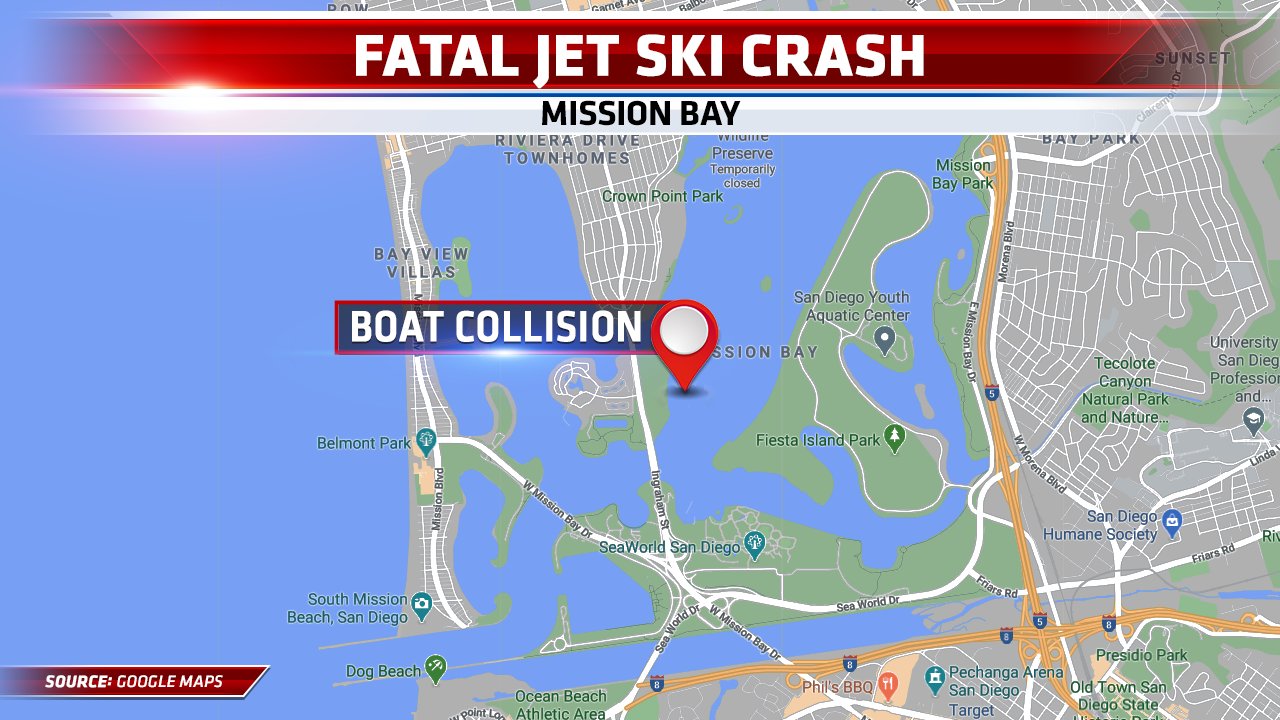 SAN DIEGO (KUSI) – A man died in a hospital Sunday of injuries he suffered in a collision with a boat while he rode a Jet Ski in Mission Bay, authorities said.

The collision happened at 6:30 p.m. Saturday near the north end of Ski Beach when a man in his 20s from out of state was riding on a Jet Ski with another family member, according to the San Diego Police Department.

A boat collided with the Jet Ski and the injured man was taken back to shore by the family member, where CPR was performed and a pulse was eventually detected, police said. He was taken to a hospital, where he died Sunday.

Police questioned the driver of the boat, which was taken as evidence. The investigation of the collision is ongoing. The boat driver’s name was withheld.