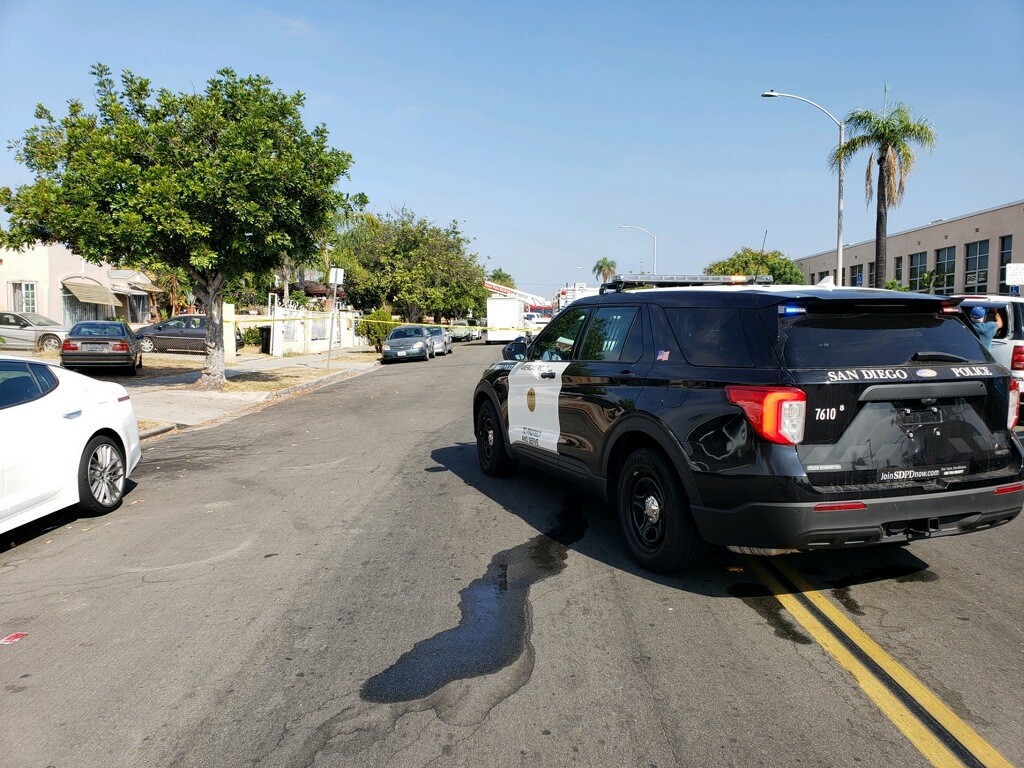 SAN DIEGO (KUSI) – Police Wednesday were working to take a domestic violence suspect into custody after he fled through several backyards and climbed onto a rooftop in the City Heights neighborhood, where he has remained for over seven hours.

Dispatchers received a call around 2 a.m. from a woman who reported that the father of her child had broken into her home in the 4100 block of Wilson Avenue, east of 35th Street, and gotten into an altercation with her, San Diego Police Officer Scott Lockwood said.

Officers responded to the scene along with a police helicopter, which helped spot the man fleeing through several backyards in the area by hopping over fences, Lockwood said.

A short time later, the man got a ladder and climbed onto the roof of a home on 35th Street, the officer said.

Officers surrounded the home, but when police placed a ladder for the man to come down, he grabbed the ladder and pulled it onto the roof with him, 10News reported. The man then used the ladder to help him cross onto the roof of a two-story apartment building in the 4000 block of 35th Street.

Police negotiators were working to get him to come down, but he remained on the roof as of 10:10 a.m.

Authorities shut down both directions of traffic in the 4000 block of 35th Street, near University Avenue. Motorists were advised to avoid the area.