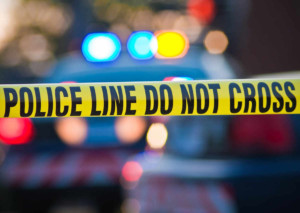 SAN DIEGO (KUSI) – A man was stabbed while trying to break up a fight on a Pacific Beach sidewalk, police said Sunday.

It happened around midnight Saturday on Garnet Avenue near Mission Boulevard.

The victim, a 28-year-old man, didn’t initially report what happened because he didn’t notice he had been stabbed until he got home, San Diego Police Officer Robert Heims said.

The man was walking when he noticed a fight between a man and a woman, Heims said. When he stepped in to break up the fight, both the man involved in the fight and a nearby friend attacked him.

The fight broke up when police drove through the area, though they weren’t aware of any crimes taking place at the time, Heims said.

The victim told police he wasn’t sure which of the two men stabbed him, Heims said. The first suspect was described as a Hispanic man with a face tattoo. A good description was not available for the other man.