It is worth noting that Curry is also a former KUSI News employee, working here in 2008, and wrote about his experience here in his book.

KUSI’s Paul Rudy pointed out that one of the chapters in ‘Staying Alive’ explains how to deal with the ego of people, especially the on-air talent. Curry said KUSI News Director Steve Cohen taught him to play to the ego of the on-air talent, and it’s “been working” for him so far.

Curry shared a brief biography of his life, explaining that he joined the Marine Corps to escape and abusive home. A year later, he found himself on the streets of Iraq, in the middle of a war.

When he returned to the United States, he was homeless and found out he has cancer. All of these events happened before he was 25 years of age.

Curry said he overcame an abusive Step-Father, but said, “when you’re down, the only place you can go is up.”

Curry said KUSI News was sort of a “savior” to him, since he was given a chance to show his skills without any experience in journalism. After a year at KUSI, Curry was hired by CNN to produce news for them.

‘Staying Alive’ will be available for purchase on Amazon and everywhere books are sold beginning February 26, 2021.

Curry supplied KUSI news with the following information about his book and life experiences.

Staying Alive, by author, Marine veteran and Emmy Award and three-time Peabody Award winning journalist, James Curry is more than a memoir; it is a blueprint of survival, courage, and perseverance. Curry takes an unflinching look at his life impacted by domestic violence, savage combat, death, homelessness, isolation, betrayal, homophobia and illness, and how these life-altering experiences led him to happiness, success, and ultimately, love.

Joining the Marines at seventeen years old to escape a chaotic and abusive home, Curry was unprepared for the daily barrage of blood and violence he would experience in Fallujah. Surviving that tour of duty and three U.S. Embassy postings, Curry was honorably discharge in 2008. But, like thousands of returning veterans, the mental toll would take years to process. Post-Traumatic Stress, homelessness, and crushing feelings of isolation and betrayal were his thanks from an indifferent military and country. During his five years of service, Curry was also living in constant fear of discovery of being gay, made more complicated by an ultimately disastrous sexual relationship with a fellow Marine. Completing his military service, Curry found himself stranded in an unfamiliar city, broke and alone. After a series of forgettable jobs, and a brief stint working for a San Diego TV station, he got his big break working as a producer for CNN. Just as he future finally looked bright, Curry received the shocking diagnosis of cancer. Staying Alive: Surviving Abuse, Fighting a War, and Beating Cancer – My First Twenty-Five Years is truly an extraordinary and engaging story of hope and transformation.

James Curry was born and raised as one of four children, in Lansford, Pennsylvania. He attended a public vocational technical high school while also working at a local radio station as a news reader. At age 17, and one year to the day after 9/11, he enlisted in the United States Marine Corps.

Curry attended boot camp at Parris Island, South Carolina, Marine Combat Training and Marine Corps Engineer School in North Carolina before finding himself on the streets of Fallujah, Iraq in 2004. Following that tour of duty, he was hand-picked for the Marine Corps’s elite embassy guard program. Less than one percent of all Marines qualify for this duty. He served in India, Togo, and Canada, with temporary stints in Sri Lanka and Guatemala. He also worked on special assignments providing security for the international visits of President George W. Bush, First Lady Laura Bush, and Secretary of State Condoleezza Rice.

After his honorable discharge, James embarked on a career in broadcast journalism. He worked in local news in El Paso and San Diego before landing a position at CNN. At age 24, he was one of the youngest broadcast producers ever appointed by the network. Some of the most memorable stories he covered at CNN include the 2010 earthquake in Haiti, the killing of Osama Bin Laden, The Deep Water Horizon oil spill, numerous mass shootings, The Boston Marathon Bombing and the Trump Campaign.

Curry has been recognized for his work with an Emmy Award and three Peabody Awards.

On a personal note, James is a cancer survivor. At age 25, he was diagnosed with non-Hodgkin’s Lymphoma. His battle was well documented on his blog, The Curry Chronicles, and on various CNN platforms. While in remission, he authored an article on CNN.com entitled, “After Cancer, my Real Fight Began.” It was viewed thousands of times and shared widely on social media platforms.

James holds a B.S. in political science from Troy University in Alabama and a M.S. in journalism from South Dakota State University. 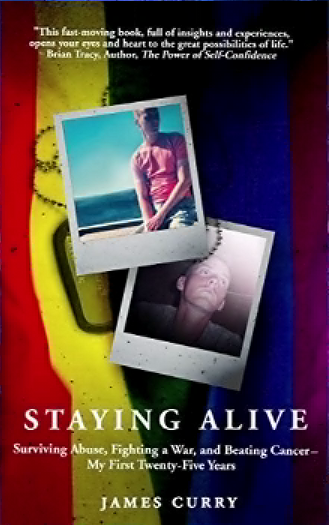