Marine Veteran and Fire Fighter makes documentary “22 and You”

22 and You Foundation was founded by Marine, Firefighter, and Sony recording artist John Preston as a movement to save lives of first responders and veterans suffering from post traumatic stress. John started the movement by embarking on a 630 mile hike from Palo Alto to San Diego that caught the attention of many individuals including first responders and veterans to walk alongside John.

The movement was inspired by the loss of John’s older brother Michael in January 2016. After Michael’s passing, John had two singles about combatting suicide into the DRT Top 20 and iTunes Top 200, charting with some of the most popular rock and pop artists in the world.

Music allowed John so express his emotion toward the loss of his brother in a different way. He thought if he put himself through horrific physical pain, he may be able to finally express to the world the pain of losing a loved one to suicide. 22 miles a day, 28 days, with a 22 kilogram ruck sack.

John Preston is now making a 4 series documentary on his hike and is back in town at Rock and Roll San Diego recording the soundtrack. He imagines that the film will be finished in March of 2021.

For more on 22 and You, visit: https://22andyou.net – You can also make a donation to help the cause and support Johns journey. 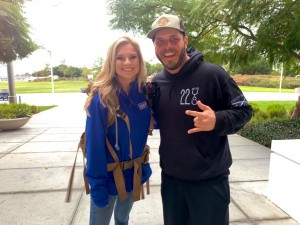 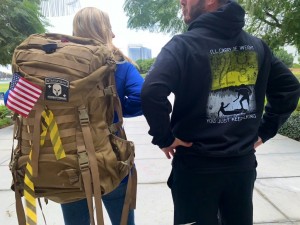