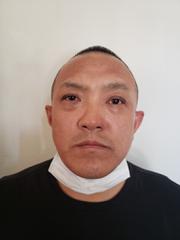 ESCONDIDO (KUSI) – A masseur was behind bars Monday on suspicion of sex crimes involving two women at an Escondido massage parlor.

An investigation into the business led to the arrest of Hengwei Chi, 47, who was booked into county jail on Saturday and was being held on $10,000 bail, according to county jail records.

Police said anyone who has been victimized at the massage parlor or knows anyone who is a victim should call Detective Jeff Udvarheyli at 760-839- 4462.