Council President Pro Tem, Barbara Bry, highlighted the issues she and her opponent, Todd Gloria, disagree on, even though both candidates are Democrats.

Some of Bry’s priorities include making City Hall transparent and accountable.

“Todd Gloria’s supporters are telling Democrats that I’m too conservative, and they’re telling Republicans that I’m too progressive. When you get these flyers please be careful to read the fine print about who is paying for this misinformation.” Bry said when discussing political ads people are receiving in the mail. 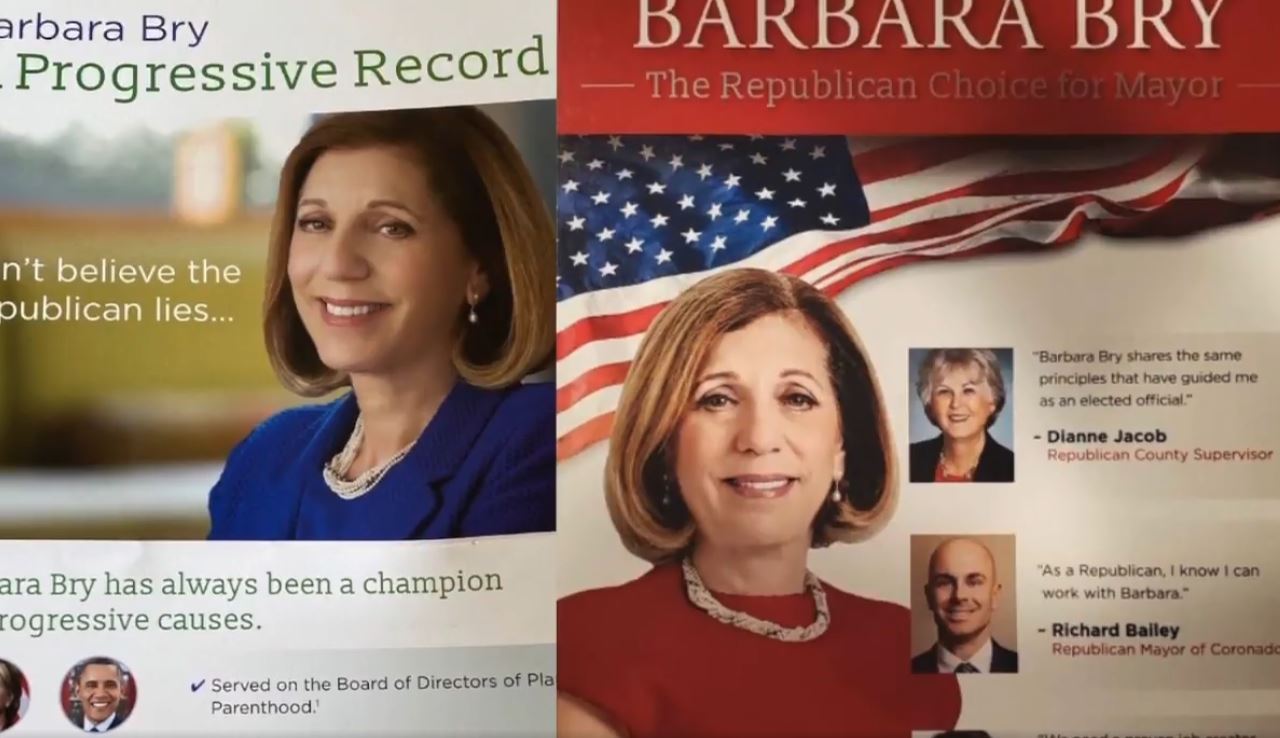