Pressing forward with an effort to combat youth cyberbullying, the first lady said that while most children are more aware than some adults of the “benefits and pitfalls” of social media, adults must still do “all we can” to provide them with information and tools for safe online habits.

With her brief remarks, Mrs. Trump helped open a federal conference on cyberbullying in Maryland. Neither she nor any of those who spoke during morning sessions mentioned President Donald Trump and his aggressive use of Twitter to berate his foes and call them names.

The first lady instead spoke highly of a group of students she recently met who participate in Microsoft’s Council for Digital Good. The students provide the computer software maker with ideas and feedback for Microsoft’s policy work on youth-centered online safety.

She told scores of people attending the Federal Partners on Bullying Prevention summit in a conference room at the Health Resources and Services Administration building in Rockville how impressed she was by the students’ “deep understanding of how important it is to be safe.” She said she was also “inspired by their sincere commitment to reducing peer-to-peer bullying through kindness and open communication.”

“I encourage technology and social media companies, schools and community groups, to establish more opportunities for children such as Microsoft’s Council for Digital Good,” the first lady said. “By listening to children’s ideas and concerns, I believe adults will be better able to help them navigate this often-difficult topic.”

“Let’s face it: Most children are more aware of the benefits and pitfalls of social media than some adults, but we still need to do all we can to provide them with information and tools for successful and safe online habits.”

After speaking, Mrs. Trump took a seat in the front row and listened to a panel discussion featuring representatives of Facebook, Google, Twitter and the nonprofit Family Online Safety Institute talk about how they’re responding to the issue. 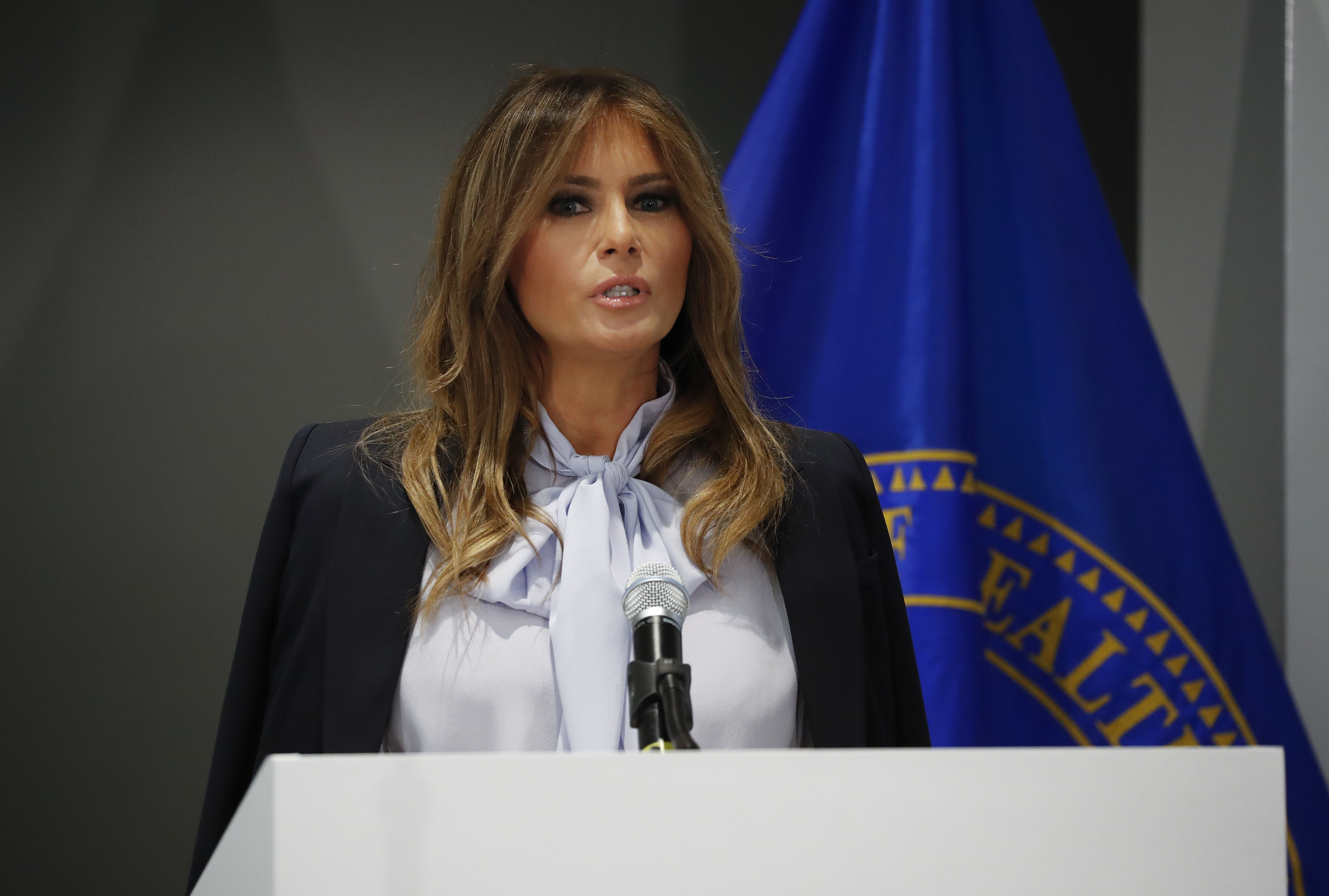 As the panelists spoke, Trump sent fresh tweets about John Brennan, calling him “the worst CIA Director in our country’s history” and a political “hack.” Brennan, who led the CIA under President Barack Obama, a Democrat, has been an outspoken critic of Trump, a Republican, over his performance and behavior as president. Trump recently revoked Brennan’s security clearance.

The first lady’s appearance came as part of her campaign to help children “Be Best,” which also includes an emphasis on child well-being overall and opioid addition.

Health and Human Services Secretary Alex Azar said the Health Resources and Services Administration, which his department oversees, began an anti-bullying campaign in 2001 to help raise awareness. He said one in five children experience bullying, and that 16 percent of children currently are victims of cyberbullying.

“We need to recognize that bullying is bullying wherever it occurs,” Azar said. “And we need to stop it.”

The conference also heard from Joseph Grunwald, who described his experiences being bullied during middle and high school. Grunwald said the bullying started as taunts on the school bus and had grown into physical harassment by high school, including violence. He did not go into detail.

As the same time, he said he was also being harassed on social media.

“Because the bullying was also online, I couldn’t escape it, no matter where I was,” Grunwald said.

Suspect in Colorado shooting revealed to be California Assemblyman's grandson