Melania Trump says she might be ‘the most bullied person’

WASHINGTON (AP) — First lady Melania Trump says she could be “the most bullied person” in the world, judging by “what people are saying about me.”

She made the remark during a television interview in which she promoted her Be Best initiatives, which take on online bullying. Critics have pointed out that her husband, President Donald Trump, routinely mocks people for their looks and for what he says is a lack of talent or intelligence.

“I could say I’m the most bullied person in the world,” Mrs. Trump said in the interview segment that aired Thursday on “Good Morning America.” 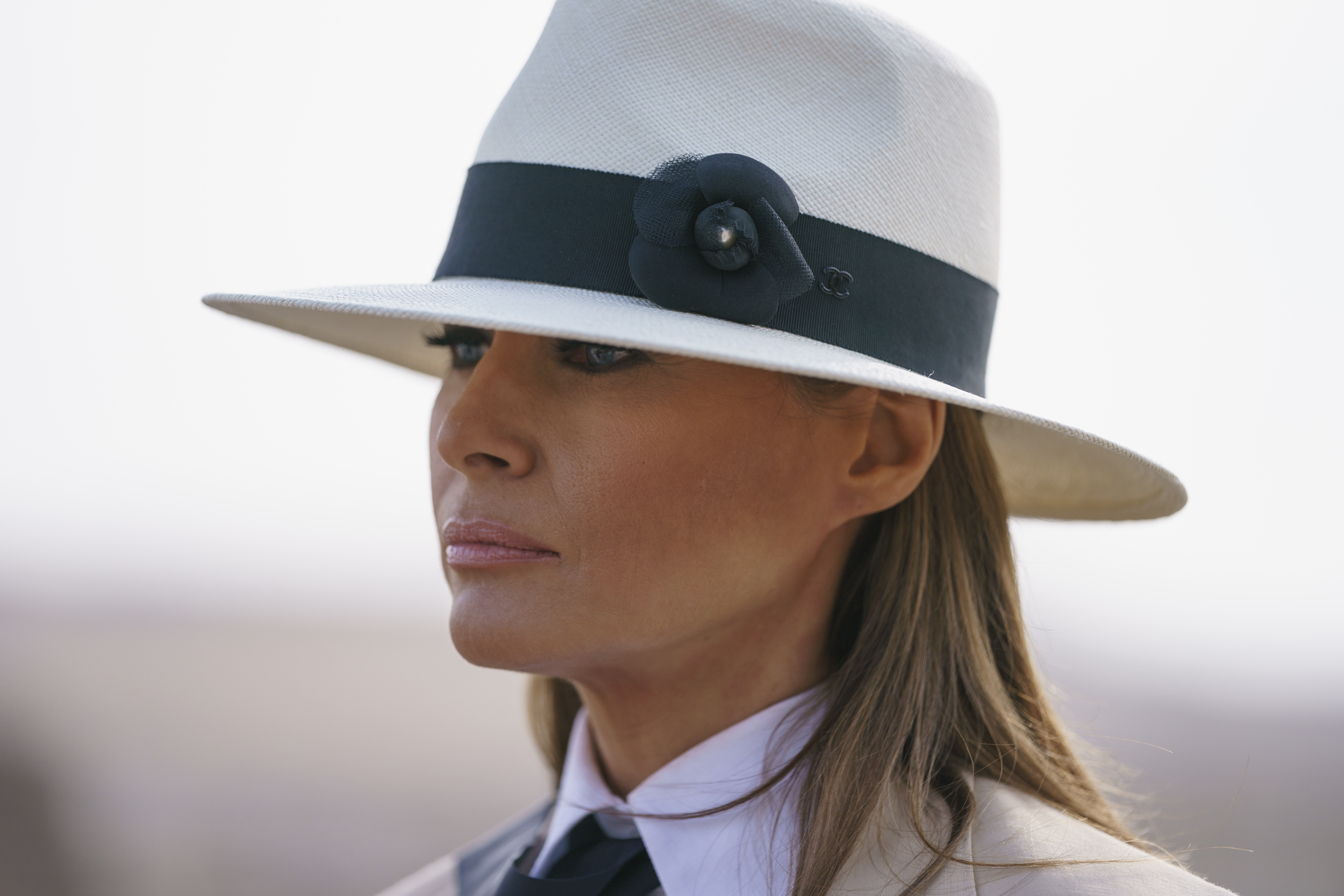 In this Oct. 6, 2018 photo, First lady Melania Trump pauses as she speaks to media during a visit to the historical Giza Pyramids site near Cairo, Egypt. First lady Melania Trump says she thinks she’s among the most bullied people in the world and there are people in the White House she and President Donald Trump can’t trust. (AP Photo/Carolyn Kaster)

Mrs. Trump said her Be Best campaign is focusing on social media and online behavior in part because of “what people are saying about me.”

“We need to educate the children of social emotional behavior so when they grow up … they know how to deal with those issues,” she said.

The first lady also said there are people in the White House whom she and the president can’t trust. She didn’t name names but said she let her husband know about them.

“Well,” she said, “some people, they don’t work there anymore.”

Asked if some untrustworthy people still work in the White House, she said, “Yes.”

The Trump administration has dealt with an anonymous senior official’s newspaper op-ed column critical of the Republican president and with numerous staff departures. This week, U.N. Ambassador Nikki Haley announced she’s leaving at the end of the year.

The president, in an interview Thursday with “Fox & Friends,” was asked about why people he and his wife don’t trust are still in his administration.

“I didn’t know people in Washington, and now I know everybody,” he said. “I know some that I wish I didn’t know.”

He said he has “great people right now working.”

“Are there some that I’m not in love with? Yes,” he said. “And we’ll weed them out slowly but surely.”

Mrs. Trump’s full interview, conducted on her recent trip to Africa, is set to air Friday night on ABC.

Weekend Sports Update: Olympics ratings down, and the future of the SEC & Big 12

Dr. Kelly Victory on whether it's necessary for children to get vaccinated

Tracking the progress of Let Them Breathe's lawsuit against California