There is deep concern about “nuclear meltdown” at one or more of the nuclear power plants in Japan.  While that concern is certainly valid, there is a general misunderstanding of what is meant by “nuclear meltdown” and what consequences follow such an event.

What some people expect as a result of the a meltdown: 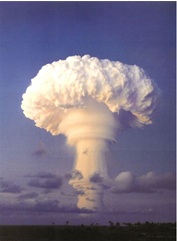 To many people a Nuclear Meltdown is a killer radioactive radiation event:

This is a far more likely outcome than an explosion, but it is not what  “meltdown” means. And, even if such an event occurred, as the map above shows it would be several days before the radiation reached the United States and the radioactivity would be greatly dispersed and at far lower and greatly less deadly level here that the radiation level in Japan near the source.  This is clearly the most serious concern.  However, the Japanese nuclear power plants are very conservatively designed and unlike the cheaply designed and poorly engineered Chernobyl Russia plant where there was a very significant radiation release following a meltdown.

The consequence that bothers me from a radiation release instead of instant death, is the long term impact.  People would breath in radioactive particles and those particles would become lodged in their bodies and years later a cancerous tumor would result.  The same eventual consequence can come from a radioactive particle ending up in a plant or animal that eventually becomes a human food stuff and enters and becomes lodged inside a body.  This indirect and undetectable long term result is the most horrid and real side effect of the atomic age.

In Japan each reactor is encased in a solid steel reinforced concrete structure with walls 4 to 8 feet thick.  The explosion we saw on television was a hydrogen explosion, not a nuclear explosion and the fires we have seen at the plants were gas and structure fires, not a nuclear meltdown.

The system that cools the atomic rods pumps water into and out off those solid structures and there are control systems that go through the structure walls as well and there are also steam exhausts. These openings can and have in this emergency allowed a limited amount of radiation to leak from inside the reactors.  However, as long as the structure itself remains intact, a major radiation leak will not occur. However, in a full meltdown the temperatures are high enough that even these super strong structures are put into great stress.  There is a slight chance one of them will fail.  That is the greatest threat in this Japanese situation. The plant operators have been attempting to keep this from happening by pumping a constant heavy flow of sea water into the reactors.  The trouble is that sea water hits the super hot melting rods and produces a great deal of steam at great pressure and somewhat radioactive. This steam then has to be vented from the chamber.  So a low to moderate level of radiation in the immediate area is a side effect.

Another fear of a nuclear meltdown is the “China syndrome” a concept popularized in a science fiction movie. 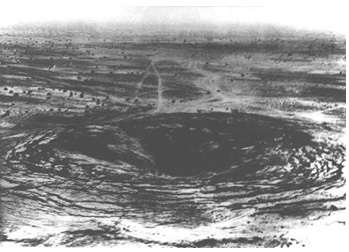 This concept envisions the fully melted fuel rods producing a super hot glob of radioactive molten uranium that simply melts the container and floor under it and eventually the entire structure and all of this sinks into the center of the Earth.  In the movie, for reasons I don't understand, it keeps going from the center of the Earth and emerges in China.  While a super hot fully melted core might follow gravity into the ground, it is not going to emerge on the other side of the world.  No way.  It's sci-fi; nothing more.

All the information I have found from Japan indicates to me that there has been at least a partial meltdown in at least one of the reactors and that two others may have occurred and are likely to at least partially melt.  The reason is that the water cooling systems failed as a result of the earthquake and/or tsunami and without cooling the uranium rods heated to the melting point. 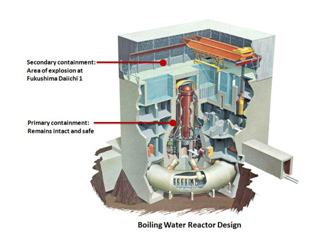 There is no coming back from this; control rods can no longer shut down the atomic action. While the primary containment structure remains intact and most of the radiation remains encased within it, there is no way to shut it down.  Massive water might eventually get some control, but the reactor is essentially a worthless radioactive blob that will be years cooling.

I think this will be the outcome in Japan.  I don't expect a massive radiation event and certainly no atomic explosion, but I do expect low level radiation for some time and the atomic power era to come to an end there, just as it did in the U.S. after the same result at Three Mile  Island.

Can nuclear science come up with an answer for the future; a reactor designed so that if the cooling system fails, the system does not meltdown?  Maybe. But will they be able to sell such an improved system to the nation?  I doubt it.  It is very sad; but atomic power lies in ruin.