The report shows the drug is stronger than ever, cheaper than ever and it is still infiltrating the county via Mexico at an alarming rate. 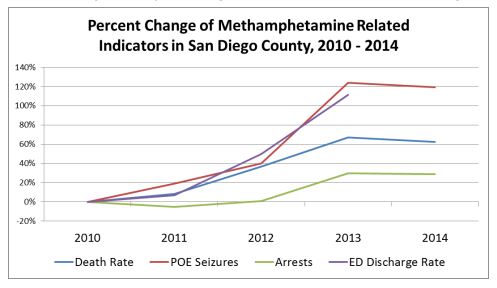 The San Diego County Meth Task Force has created a “call to action” that involves promoting treatment options and preventing drug use in young people.

“It’s the No. 1 issue in our county,” said San Diego County District Attorney Summer Stephan. “It’s linked to so much violent crime, many of our homicides, and our elder abuse, and our child abuse are linked to methamphetamine.”

The full report can be found here .

The 2019 San Diego County Meth Strike Force Force Report Card is now available and provides concrete data on the scale of the meth abuse throughout San Diego County by looking at multiple factors and data points.