SAN DIEGO (KUSI) – California Department of Fish and Wildlife officers killed a mountain lion suspected of attacking a 4-year-old boy at the Los Penasquitos Canyon Preserve because the animal appeared to have little fear of humans, an agency spokesman said Tuesday.

The boy was taken to Rady Children’s Hospital for treatment of undisclosed but non-life-threatening injuries from the attack, which was reported shortly before 2:30 p.m. Monday at the preserve in the Rancho Penasquitos area, according to the San Diego Fire-Rescue Department and the CDFW.

Witnesses said the boy’s father kicked the large cat — which was believed to be a mountain lion — and threw a rock to scare it away.

The boy was with a group of 11 people at the time, in an area known as Carson’s Crossing in the center of the preserve. CDFW Lt. Scott Bringman said wildlife officers responded to the scene and identified mountain lion tracks, then a cougar approached the officers a short time later.

“The lion appeared to have little fear of humans, which is abnormal behavior for a mountain lion,” the lieutenant said. “The wildlife officers immediately dispatched the animal to ensure public safety.”

Wildlife officers collected clothing samples from the boy and sent them to the CDFW Wildlife Forensics Laboratory in Sacramento, along with the mountain lion’s body, for DNA analysis, Bringman said. He said wildlife forensics specialists will test the samples to confirm whether the deceased cat was responsible for the attack. 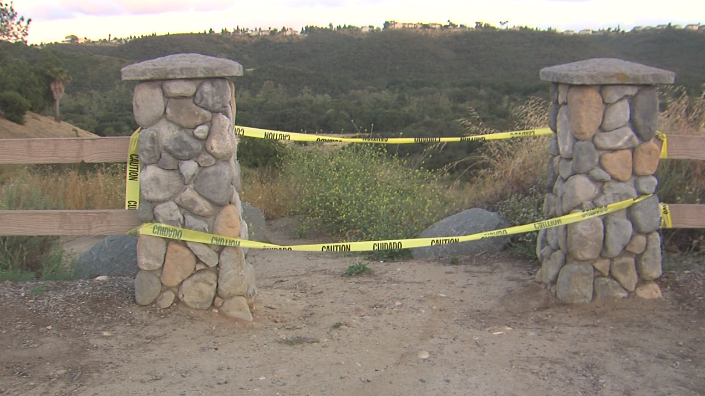