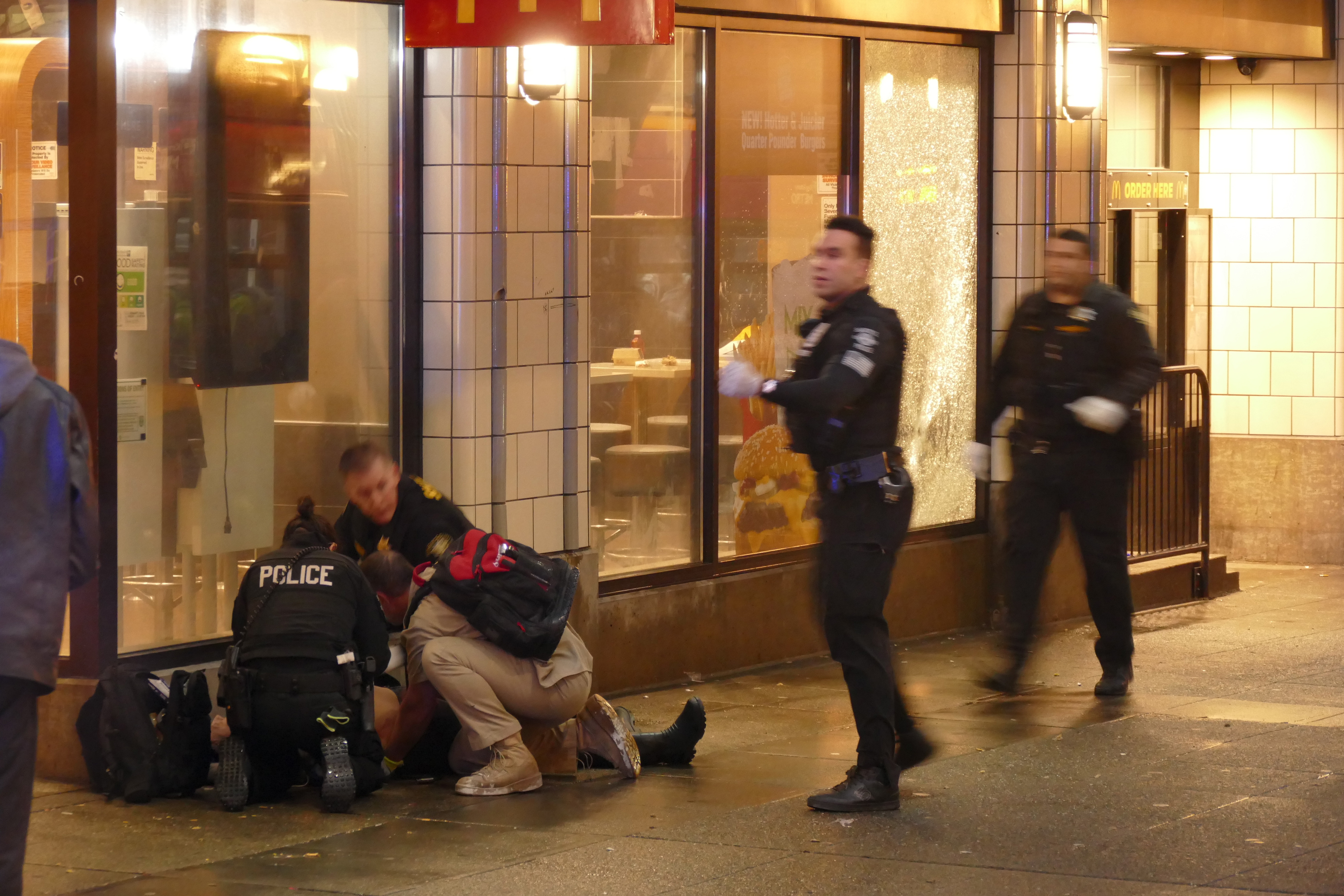 Officers attend to one of several shooting victims, outside of McDonald’s on Third Avenue, Wednesday, Jan. 22, 2020, in Seattle. The window of the restaurant behind them was shattered after a gunman opened fire in the heavily trafficked downtown area. (David Silver via AP)

One person was killed and seven wounded.

Hospital spokeswoman Susan Gregg and fire officials said later Wednesday that a total of seven people were treated at a hospital for gunshot wounds. Three of them were still in the hospital Thursday morning, according to a statement from Gregg. A 55-year-old woman was upgraded to serious condition. A 32-year-old man and a 9-year-old boy were listed in satisfactory condition.

Police Chief Carmen Best said based on video from the scene, several people fired weapons after a dispute outside a McDonald’s. Police including homicide and gang units were investigating, she said. No arrests were immediately reported.

Samantha Cook said she was refilling her transit card in a nearby station when she heard gunfire. “I was on the first set of escalators,” Cook told the newspaper. “There were a lot of gunshots that started going off — maybe 10 or 11. It was just rapid fire.”

Tyler Parsons told the Times he was was working nearby when he saw people drop to the ground. People took cover behind the register where he worked. “Terrifying it’s so close,”‘ he said.

It was the third downtown Seattle shooting in two days. Police found a man with a gunshot wound in a mall stairwell Tuesday, and he later died at a hospital. Police shot a person in another area of downtown earlier on Wednesday.

Washington Gov. Jay Inslee said in a statement that he was “horrified and dismayed to hear about the shooting”

Officers investigating shooting near 4th and Pine. Multiple victims. The suspect has fled, and police are searching for him. Officers and medics are providing first aid to the injured. Additional information to come.