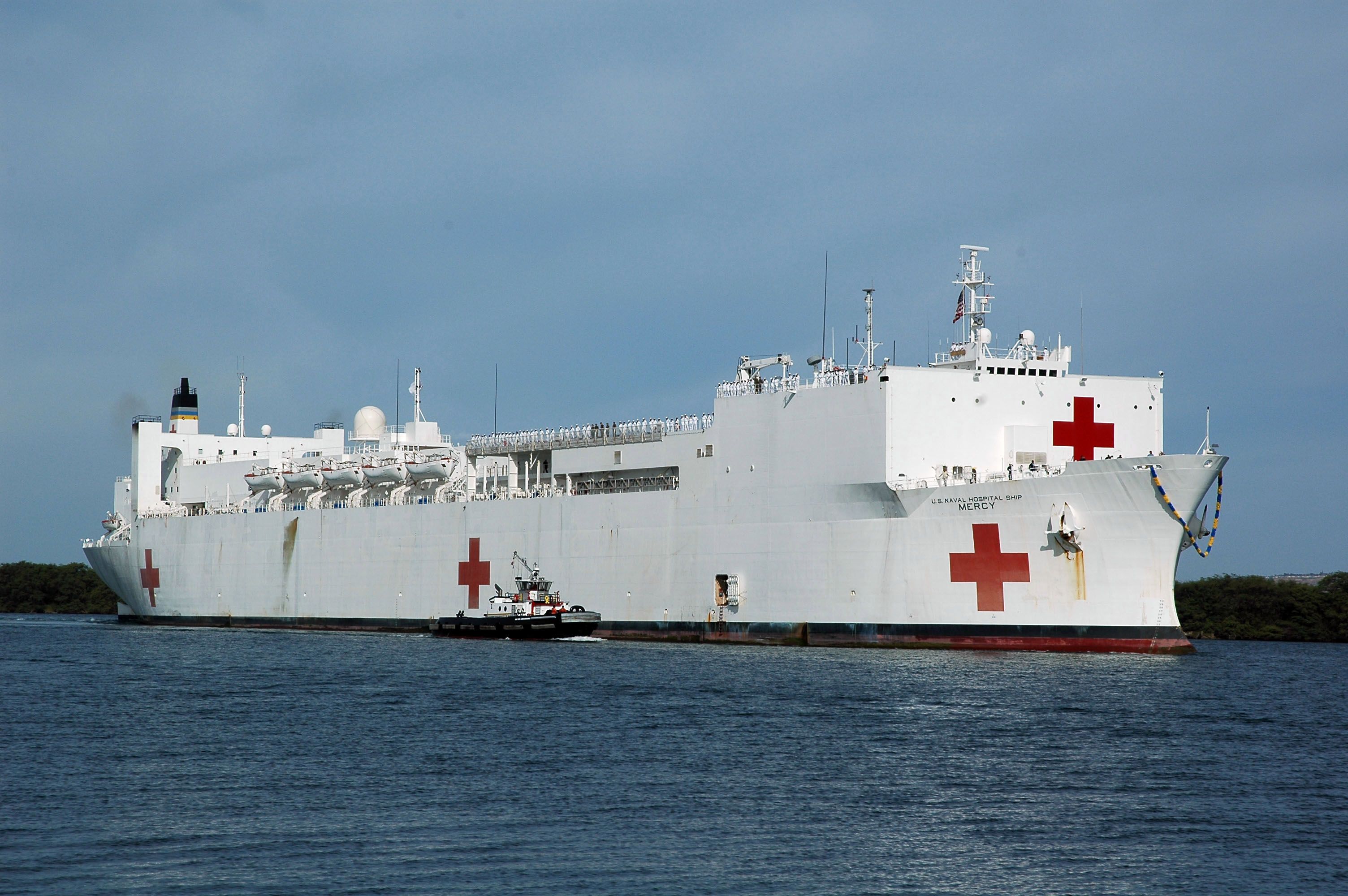 LOS ANGELES (AP) — The Navy has removed 126 medical staff members from its hospital ship docked off Los Angeles after seven of them tested positive for COVID-19, an official said Tuesday.

The personnel from the USNS Mercy were taken to a nearby base and remain under quarantine. None so far has needed hospitalization, said Lt. Rochelle Rieger of the 3rd Fleet.

It’s unclear where or how the sailors became infected, Rieger said.

The ship left San Diego on March 23 when all were screened before they boarded, Rieger said. It arrived to Los Angeles four days later to provide relief to the city amid the pandemic by accepting patients from hospitals who were not infected with the virus.

None of the more than 1,000 personnel aboard were allowed to leave the ship once it departed San Diego.

“The only people going on and off the ship are the actual patients we’ve been treating so it’s very hard to trace where this came from,” Rieger said.

The first case emerged last week as the ship was preparing to receive elderly patients from skilled nursing facilities in Los Angeles to protect them from being exposed to the virus.

So far the ship, with 1,000 beds, has taken in only 20 patients from hospitals and none has tested positive for the coronavirus or showed any symptoms of the illness, Rieger said. Two medical personnel from the ship who tested positive came in close contact with a small number of the patients but they were wearing full protective gear, including gloves, N95 masks and eye goggles.

The removal of the 126 sailors will not affect the ship’s ability to treat patients, Rieger said.

The Navy is also planning to send some of its staff who have been screened and completed a 14-day self-quarantine period to work at Los Angeles medical facilities at some point but that had not happened yet, Rieger said.

The Navy has strictly followed the guidelines of the Centers for Disease Control and Prevention for hospitals, Rieger said. It also has done deep cleaning of the ship, including sanitizing spaces where any of the infected staff may have been.

Those on board are practicing social distancing as best as possible, and the Navy has added tables to its flight deck to allow people to go up top to eat when mess decks become too crowded.

Meanwhile, three medical staff members who had tested positive for the virus aboard the USNS Comfort hospital ship that is docked in New York City returned to work. A fourth crew member who also was infected is still recovering.

Unlike the Mercy, the Comfort is treating COVID-19 patients on board as well as patients who do not have the virus. The ship has treated more than 120 people since it arrived March 30, and about 50 of those have been discharged, said Lt. Mary Catherine Walsh. The ship removed half of its 1,000 beds so it could isolate and treat coronavirus patients.

The Navy has struggled to contain the virus once it comes aboard a ship. About 12 percent of sailors aboard the USS Theodore Roosevelt, an aircraft carrier with a crew that has largely been moved ashore in Guam, are infected with the virus. On Monday, the Roosevelt reported its first death, a sailor who had tested positive on March 30.

For most people, the virus causes mild or moderate symptoms, such as fever and cough that clear in two to three weeks. For some, especially older adults and people with existing health problems, it can cause severe life-threatening illness, including pneumonia.