NBA’s ties with China, worth billions, now under strain

It wasn’t even a month ago that NBA Commissioner Adam Silver sat overlooking center court at an arena in Beijing, watching the gold-medal game at the World Cup with other basketball dignitaries.

That night was all smiles.

Silver’s return to China later this week will be much different.

The relationship between China and the NBA — a multibillion-dollar marriage that involves media rights, streaming, merchandise sales and much more — is strained right now in ways unlike any other since the league first began planting roots there in earnest three decades ago. A since-deleted tweet from Houston Rockets general manager Daryl Morey that showed support for Hong Kong anti-government protesters prompted an immediate backlash, complicated further by the timing of the NBA having two preseason games in China this week.

“We apologize,” Rockets star James Harden said in Japan on Monday. “We love China. We love playing there. I know for both of us individually we go there once or twice a year. They show us the most support and love. So we appreciate them as a fan base and we love everything they’re about and we appreciate the support that they give us individually and as an organization.”

That support is being sternly tested, be it from tweets that were deleted, uproars over an NBA statement that had some of its meaning lost in translation when posted in Mandarin and even the cancellation announced Monday of two G League games to be played in China between the minor-league affiliates of the Rockets and the Dallas Mavericks.

“There is no doubt, the economic impact is already clear,” Silver told Kyodo News in an interview Monday. “There have already been fairly dramatic consequences from that tweet, and I have read some of the media suggesting that we are not supporting Daryl Morey, but in fact we have.”

The NBA is enormously popular in China: Oft-cited figures from basketball executives in both the U.S. and China say that 300 million people play the game recreationally there and that about 500 million Chinese watched at least one NBA game last season. 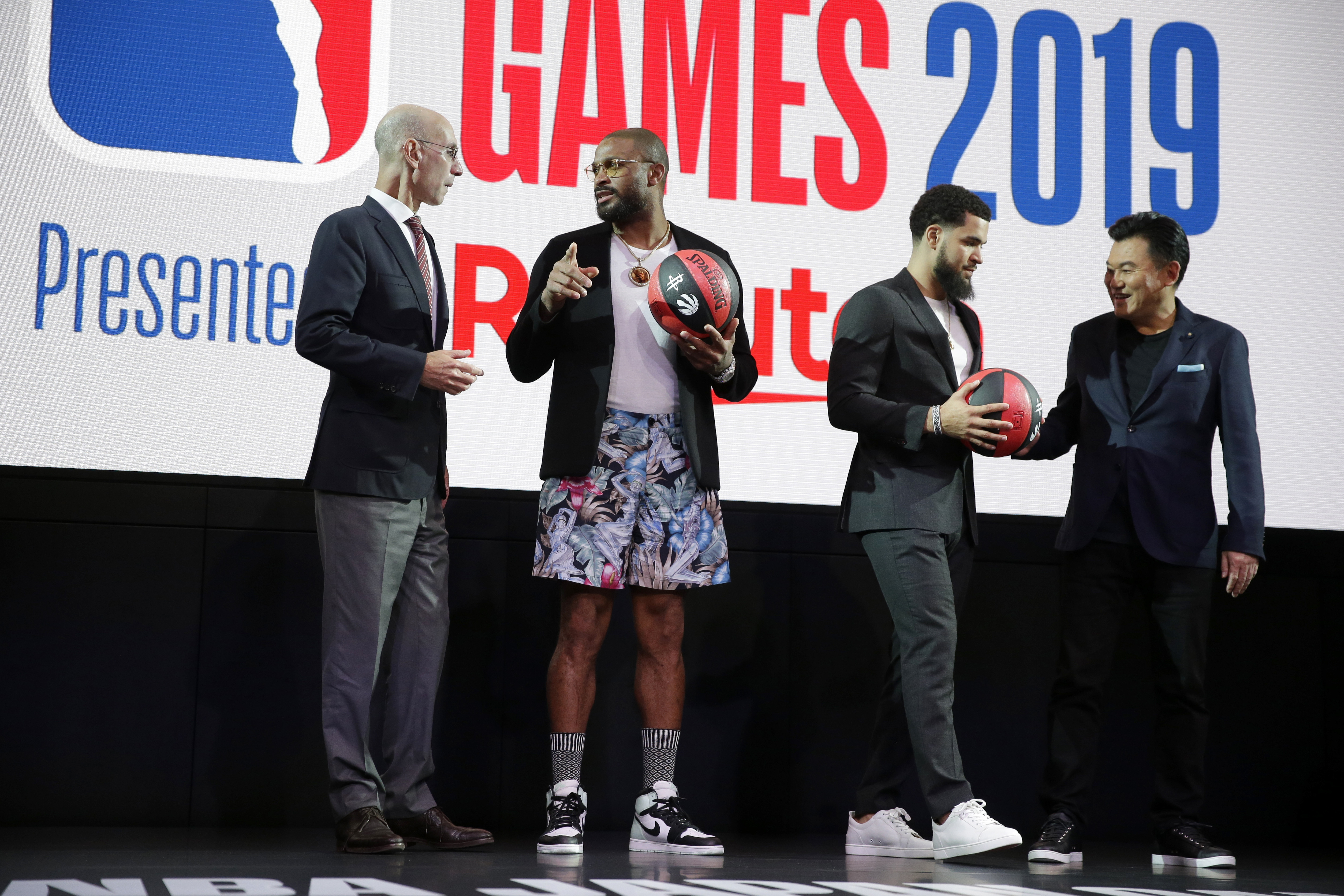 And the Rockets are among the biggest team brands there, no doubt because Chinese star Yao Ming — a Basketball Hall of Famer — spent his NBA career with Houston.

Yao is now president of the Chinese Basketball Association, which announced over the weekend it is suspending its ties with the Rockets in retaliation for Morey’s tweet. While Yao has not shared his personal feelings on the topic, it’s clear that the relationship between Yao and his only NBA team is currently, at best, rocky.

Silver will address the matter at a news conference Tuesday in Japan, where the Rockets are playing this week. He then is scheduled to speak in Shanghai on Thursday, in advance of two preseason games in China between the Los Angeles Lakers, led by global sports icon LeBron James, and the Brooklyn Nets, now owned by Joe Tsai, the co-founder of Chinese e-commerce giant Alibaba.

“What is the problem with people freely expressing their opinion? This freedom is an inherent American value and the NBA has been very progressive in allowing players and other constituents a platform to speak out on issues,” Tsai wrote in a lengthy open letter posted late Sunday. “The problem is, there are certain topics that are third-rail issues in certain countries, societies and communities.”

And in China, discussion of the Hong Kong protests is one of those issues, Tsai said.

The NBA’s relationship with China dates back about 30 years to the time when former Commissioner David Stern struck a deal with Chinese television to show games on a tape-delayed basis. Stern even talked about having an NBA-sponsored or branded league in China. The first league office there had three employees and flimsy furniture.

Now, about 200 NBA employees work in China in offices in Beijing and Shanghai. Games are streamed live and Chinese media cover all the league’s biggest events such as All-Star weekend and the NBA Finals. The league has played preseason games there for years, has three NBA academies in the country — designed to find the next star prospect — and big-name players go there every offseason to promote their brand.

Retired Miami Heat guard Dwyane Wade has a lifetime contract with Chinese apparel company Li-Ning. Golden State guard Klay Thompson has a 10-year deal with another Chinese shoe company, Anta. Five-time champion Kobe Bryant has been visiting China annually for about two decades and is a massive star there, even now that his playing career is done.

The league has navigated its way around one thorny issue related to the U.S. and China in recent months: a trade war between the nations that includes back-and-forth tariffs. The Hong Kong tweet, though, is likely to present a much bigger test for the NBA.

“What I can tell you for sure is it’s not going to erase the decades of work that, you know, myself and everyone else in the NBA has put in in building a tremendous base for basketball in China,” Golden State Warriors COO Rick Welts said Monday in an appearance on CNBC. “And I think this will pass. And I do think our future in China is probably pretty remarkable.”