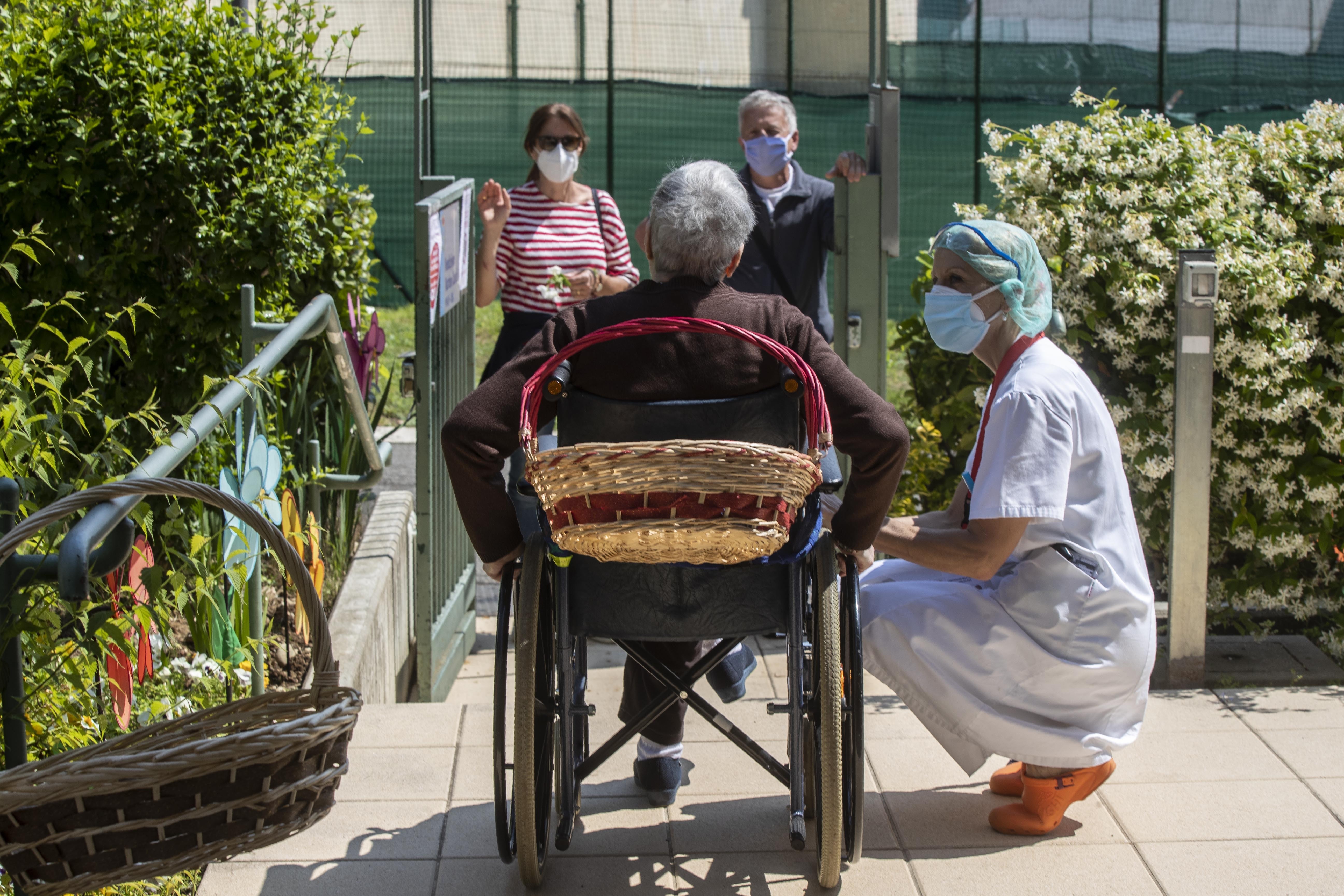 WASHINGTON (AP) — At least a quarter of the COVID-19 deaths in the United States were among nursing home residents, a new report said, a disclosure that came as coronavirus restrictions eased Monday even as U.S. protests against police brutality sparked fears of new outbreaks.

The Florida Keys welcomed visitors for the first time in two months, the Colosseum opened its ancient doors in Rome, ferries restarted in Bangladesh and golfers played in Greece. But as tourist destinations worldwide reopened for business, new rules were in place to guard against the virus’ spread.

Meanwhile, the scope of the devastation in the nation’s nursing homes became clearer in a report prepared for U.S. governors that said nearly 26,000 nursing home residents have died from COVID-19 — a number that is partial and likely to go higher.

The Centers for Medicare and Medicaid Services and the Centers for Disease Control and Prevention reported 60,000 cases of coronavirus illness among nursing home residents, according to a copy of a letter addressed to the governors and an accompanying chart provided to The Associated Press.

The data was based on reports received from about 80% of the nation’s 15,400 nursing homes as of May 24. But some states with high rates of nursing home deaths appeared to have some of the lowest levels of response to the federal data-gathering survey, intended as a first step toward developing policy changes.

“This data, and anecdotal reports across the country, clearly show that nursing homes have been devastated by the virus,” wrote CDC Director Robert Redfield and CMS Administrator Seema Verma.

The U.S. has seen over 104,000 deaths and nearly 1.8 million infections in the pandemic, both count’s the highest in the world.

And although the first wave of the pandemic may be easing in much of the U.S., that doesn’t mean nursing homes are in any less danger: Experts say in a virus rebound they can again become the stage for tragic scenes of death and despair, as well as a risk for the broader community.

“What is going on in a nursing home can be a barometer for where the virus is,” said Tamara Konetzka, a research professor at the University of Chicago, who specializes in long-term care issues.

Roadblocks were taken down shortly after midnight near Key Largo, the northernmost island in the Florida chain, where almost half of all workers are employed by hotels, bars and other hospitality industries, and many of the rest are involved in commercial and sport fishing.

But even as the Keys reopened, Miami-Dade County kept its beaches closed because of protests in South Florida and across the country over the May 25 death of George Floyd, a black man pinned at the neck by a white police officer in Minneapolis.

Richard Stanczyk, owner of Bud N’ Mary’s marina in Islamorada, said the 40 captains who operate fishing boats out of the 76-year-old business have had virtually no customers for weeks and welcomed the reopening.

“There has been a real uptick in phone calls. There have been more charter bookings,” Stanczyk said. “We are encouraged. It’s going to come back.”

Countries around the Mediterranean Sea also tentatively kicked off a summer season where tourists could bask in their famously sunny beaches with distancing measures in place.

“We are reopening a symbol. A symbol of Rome, a symbol for Italy,” said Alfonsina Russo, director of the Colosseum’s archaeological park. “(We are) restarting in a positive way, with a different pace, with a more sustainable tourism.”

Greece lifted lockdown measures for hotels, campsites, open-air cinemas, golf courses and public swimming pools, while b eaches and museums reopened in Turkey and bars, restaurants, cinemas and museums came back to life in the Netherlands.

“Today, we opened two rooms and tomorrow three. It’s like building an anthill,” Athens hotel owner Panos Betis said as employees wearing face masks tidied a rooftop restaurant and cleaned a window facing the ancient Acropolis. “Our aim now is to hang in there until 2021.”

A long line of masked visitors snaked outside the Vatican Museums, which include the Sistine Chapel, as they reopened for the first time in three months.

The Vatican Museums’ famous key holder — who holds the keys to all the galleries on a big ring on his wrist — opened the gate in a sign both symbolic and literal that the Museums were back in business. Still, strict crowd control measures were in place: Visitors needed reservations, their temperatures were taken before entering and masks were mandatory.

The Dutch relaxation of coronavirus rules took place on a major holiday with the sun blazing, raising fears of overcrowding in popular beach resorts. The new rules let bars and restaurants serve up to 30 people inside if they keep social distancing, but there was no standing at bars and reservations were necessary.

Britain, which has the world’s second-worst death toll behind the United States, eased restrictions despite warnings from health officials that the risk of spreading COVID-19 was still too great. Some elementary school classes reopened and people could have limited contact with family and friends, but only outdoors and with social distancing.

Around 6.19 million infections have been reported worldwide, with over 372,000 people dying, according to a tally by Johns Hopkins University. The true death toll is believed to be significantly higher, since many died without ever being tested.

In the U.S., the often-violent protests over Floyd’s death raised fears of new outbreaks in a country where the pandemic has disproportionately affected racial minorities.

Protests have shaken cities from New York to Los Angeles, with demonstrators packed cheek by jowl, many without masks, shouting or singing. The virus is spread by microscopic droplets in the air when people cough, sneeze, talk or sing.

“You turn on the TV and you see these mass gatherings that could potentially be infecting hundreds and hundreds of people after everything that we have done,” Cuomo said. “We have to take a minute and ask ourselves: ’What are we doing here?”