VENICE (KUSI) – Damien Chazelle’s new movie, “First Man,” doesn’t merely flirt with the past. It throttles back in time.

But Chazelle’s reason for revisiting NASA’s 1969 mission to the moon isn’t to polish the shining legend of Neil Armstrong. It’s to jolt our collective memory of it — to rip it out of the history books and plunge us back into the harsh, anxious reality of what at the time was far from a fait accompli.

“First Man” debuted this week at the Venice Film Festival where it was promptly hailed a groundbreaking space movie for its visceral, boots-on-the-ground recreation of the high-stakes mission. But, there was one major scene missing from the film. The Neil Armstrong biopic omits the American flag being planted on the moon. 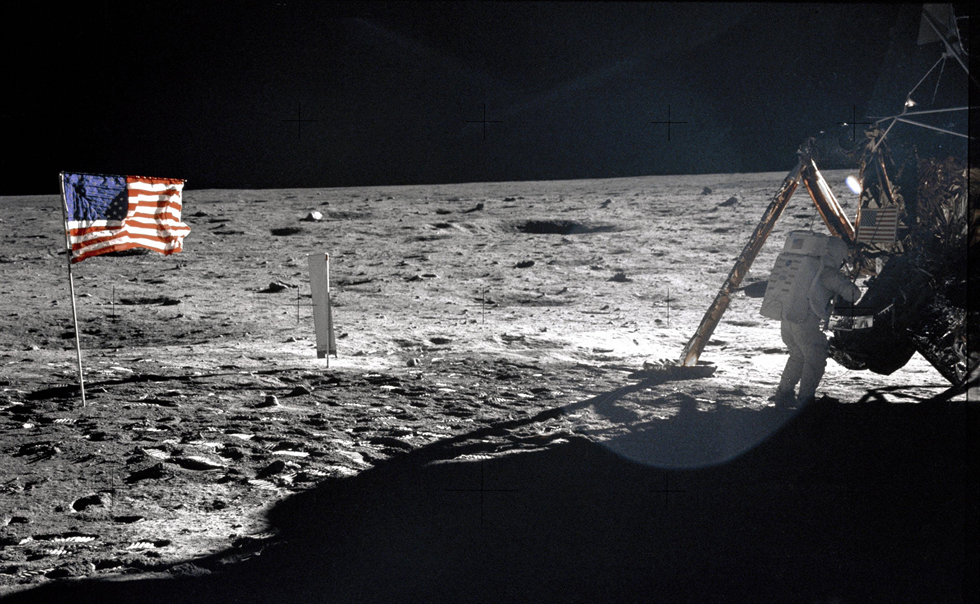 As Business Insider reports, “The movie omits the American flag being planted on the moon, and the movie’s star Ryan Gosling, who plays Armstrong, defended the decision when asked about it at Venice (via The Telegraph). Gosling, who’s Canadian, argued that the first voyage to the moon was a “human achievement” that didn’t just represent an American accomplishment, and that’s how Armstrong viewed it.”

Gosling was quoted as saying, “I think this was widely regarded in the end as a human achievement [and] that’s how we chose to view it. I also think Neil was extremely humble, as were many of these astronauts, and time and time again he deferred the focus from himself to the 400,000 people who made the mission possible.”

The release date for “First Man” is scheduled for October 12, 2018. Despite the shocking omission,  the film currently has a 84% rating on Rotten Tomatoes.

Buzz Aldrin has responded to the controversy on Twitter:

Let us know what you think about the film’s decision to leave out the iconic planting of the American flag by commenting on the Facebook post below.

The new First Man movie, about Neil Armstrong's moon landing is receiving high praise from movie critics, but is missing one major scene. The biopic omits the American flag being planted on the moon. ????????????????????????