LOS ANGELES (AP) — California courts could be going to the dogs — and maybe cats, too — under a new law granting judges authority to settle disagreements over who keeps the family pet in divorce cases the same way they handle child-custody disputes.

Until now, Fido and Kitty have been considered family property, a status giving them little more standing in a divorce than a family’s big-screen TV. 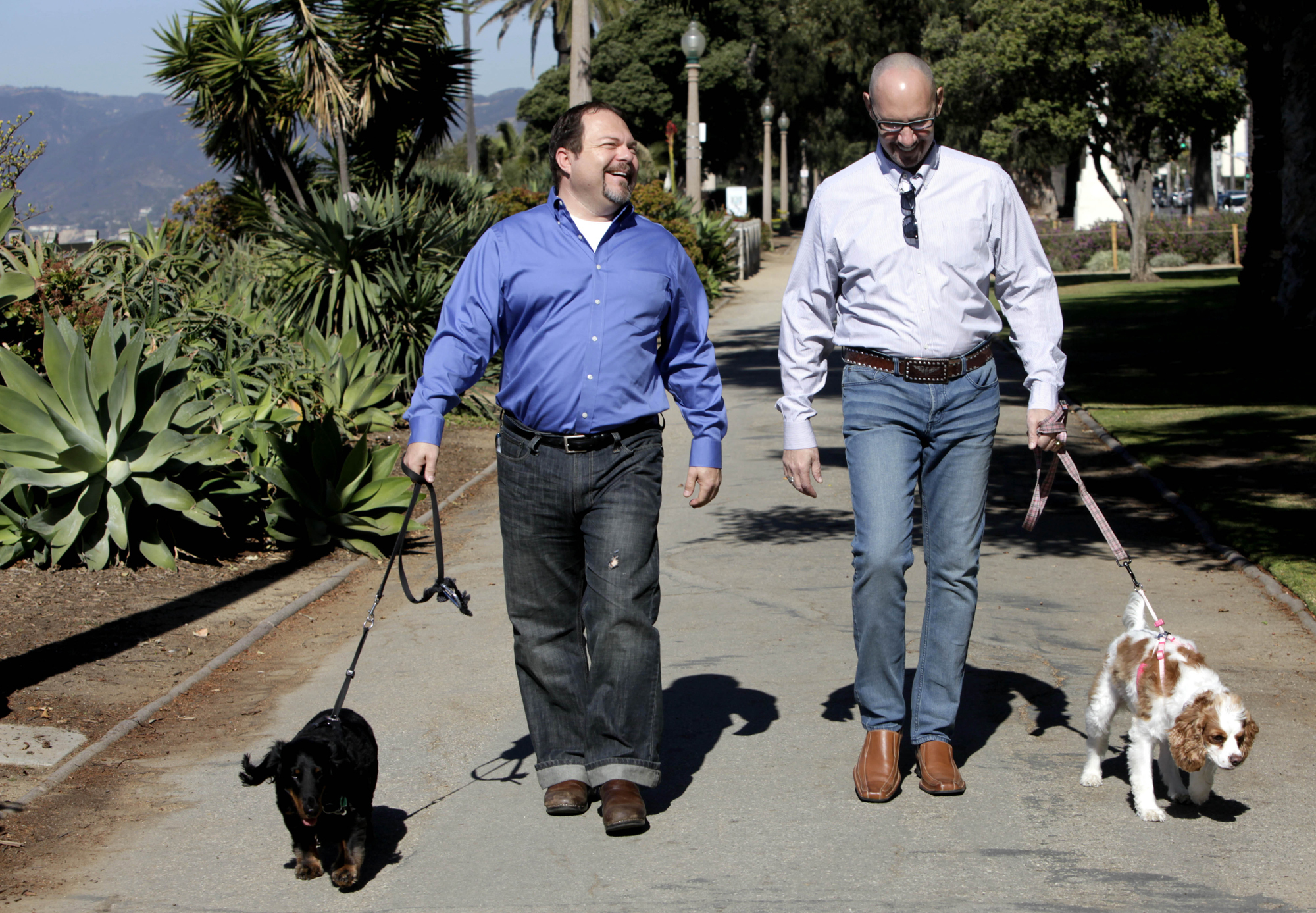 FILE – In this Feb. 23, 2012, file photo, Steven May, right, walks with his dog, Winnie beside his attorney, David Pisarra, with his dog, Dudley in Santa Monica, Calif. California courts could be going to the dogs, and maybe the cats too, under a new law signed by Gov. Jerry Brown. The law, signed Thursday, Sept. 28, 2018, gives judges the discretion of applying rules similar to those in child-custody cases when determining who gets the family pet following a divorce. It takes effect Jan. 1, 2019. (AP Photo/Nick Ut, File)

Under a bill signed Thursday by Gov. Jerry Brown, pets will still be considered community property but a judge deciding who gets to keep them will have the discretion of weighing such factors as who feeds them, who takes them to the vet and on walks, and who protects them.

“I think it’s a good idea. I personally have a little rescue bichon poodle named Rodney King Stone. He’s like a family member,” said family law attorney Megan Green of Los Angeles, who has seen her share of divorce cases where couples battled relentlessly over the pet.

In one case, a woman said the dog was a gift from her husband, but the husband maintained he was the one who took care of it. They finally worked out an agreement just ahead of trial.

Without the law that goes into effect on Jan. 1, attorneys say judges have often had to get creative in reaching agreements when both sides say they can’t bear to part with their pet.

Some judges have put the dog between the would-be owners and tried to determine who it liked the best. If a family had two pets, a judge would sometimes suggest splitting them up.

“Or if there’s only one dog, a court may do like, ‘OK, you get the dog a month at a time, a week at a time,” said family law attorney Atousa Saei.

Quirk himself has a Maltese-ShihTzu mix named Luna and calls himself “the proud parent of a rescued dog.”

He found an ally in California’s pet-loving governor, who has a photo of “first dog” Lucy Brown on his website.

“When she is not out exploring the family ranch in Colusa County with the governor and first lady, Lucy can be found guarding the office and herding staff at the state Capitol,” according to her bio.

Family Law Attorney Craig Candelore told us all about the law on Good Morning San Diego.