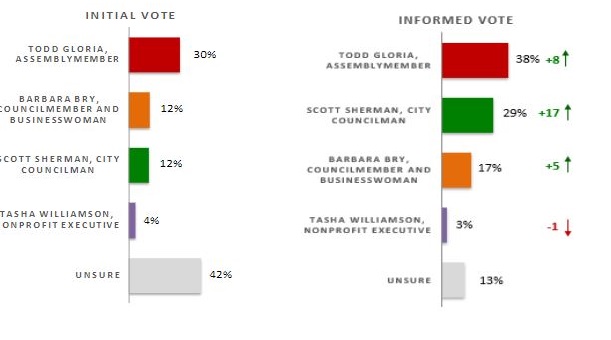 However according to the memo, “After tests of candidate biographies and campaign messages related to all three major candidates, Sherman moves to within striking distance of Gloria and separates himself from Bry in the final ballot test. If the campaign plays out along the lines we tested, Sherman will make the run-off.”

The poll consisted of 404 registered voters in San Diego which were interviewed from January 2nd through 6th. The results have been appropriately weighted to model a 50% turnout. The margin of sampling error is +/- 4.9%, according to the memo.

Gloria was also the most well known candidate, with Sherman and Bry tied again in terms of name recognition.