New rulings on medical marijuana use go against employers

HARTFORD, Conn. (AP) — Health care worker Katelin Noffsinger told a potential employer that she took medical marijuana to deal with the effects of a car accident, but when a drug test came back positive, the nursing home rescinded her job offer anyway.

A federal judge last month ruled that the nursing home, which had cited federal laws against pot use, violated an anti-discrimination provision of the Connecticut’s medical marijuana law.

It was the latest in a series of clashes between U.S. and state laws around the country that came out in favor of medical marijuana users trying to keep or obtain jobs with drug-testing employers.

The Connecticut decision was the first ruling of its kind in a federal case and followed similar recent rulings against employers by state courts in Massachusetts and Rhode Island. Earlier rulings had gone against medical pot users in employment cases by state supreme courts including those in California, Colorado, Oregon and Washington over the past few years. 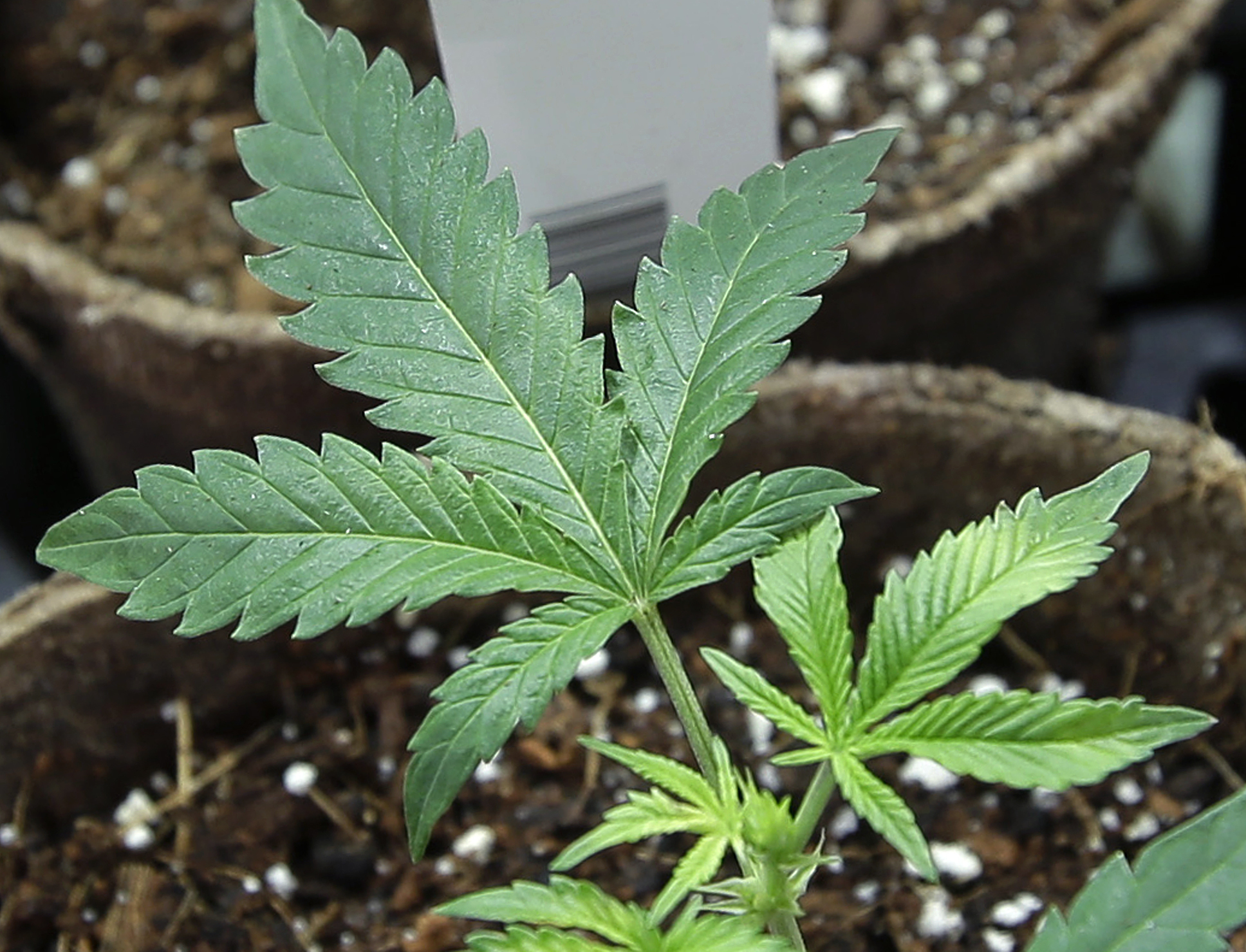 In this July 12, 2018 file photo, newly transplanted cannabis cuttings grow in soilless media in pots at Sira Naturals medical marijuana cultivation facility in Milford, Mass. A Connecticut health care worker told a potential nursing home employer she had legally taken medical marijuana to deal with the effects of a car accident. But when a drug test came back positive, the job offer was rescinded. In the latest in a series of clashes between federal and state laws, a federal judge ruled in August that the nursing home violated an anti-discrimination provision of the Connecticut’s medical marijuana law. (AP Photo/Steven Senne, File)

Advocates hope new the new decisions are a signal of growing acceptance of cannabis’ medicinal value.

“This decision reflects the rapidly changing cultural and legal status of cannabis, and affirms that employers should not be able to discriminate against those who use marijuana responsibly while off the job, in compliance with the laws of their state,” said Paul Armentano, deputy director of NORML, a pro-marijuana group.

Noffsinger, of Manchester, sued Bride Brook Health & Rehabilitation Center in Niantic in 2016. She had been offered, and accepted, a job as recreation therapy director at the nursing home, contingent on her passing a drug test.

She told the nursing home that she took synthetic marijuana pills — legally under state law and only at night — to treat the post-traumatic stress disorder she developed after the 2012 car accident. But the company rescinded the job offer after the drug test came back positive for THC, the chemical in marijuana that gets people high.

As a federal contractor, the nursing home worried that it could be cut off from that revenue if it employed somebody who tested positive.

On Sept. 5, U.S. District Judge Jeffrey Meyer in New Haven ruled Bride Brook discriminated against Noffsinger based solely on her medical marijuana use in violation of state law. He denied her request for punitive damages. The case is now heading to a trial on whether Noffsinger should receive compensatory damages for lost wages from not getting the job.

A lawyer for the nursing home, Thomas Blatchley, declined to comment.

Noffsinger’s attorney, Henry Murray, said Noffsinger would not comment on the lawsuit. He said Noffsinger has taken another job in the health care industry that doesn’t pay as much as the Bride Brook job.

The decision will likely be used in arguments in similar cases elsewhere, said Fiona Ong, an employment attorney with the Baltimore firm of Shawe Rosenthal.

“This is a very significant case that throws the issue in doubt for many of these federal contractors,” Ong said. “It’s certainly interesting and may be indicative of where the courts are going with this.”

Only nine states including Connecticut, however, specifically ban employment discrimination against medical marijuana users, who could continue to face difficulties in obtaining or keeping jobs in the 41 other states, employment lawyers say.

In Massachusetts, the state’s highest court ruled last year that a sales and marketing company wrongly fired a worker after her first day on the job after she tested positive for marijuana, which she used under the state’s medical marijuana law to treat her Crohn’s disease. Also last year, in Rhode Island, the state Supreme Court said a college student was wrongly denied an internship at a fabric company where officials refused to hire her after she acknowledged she could not pass a drug test because she used medical marijuana.

In both cases, the two women told the companies during the hiring process that they used medical marijuana, but would not consume it while on the job.

The American Bar Association called the Connecticut, Massachusetts and Rhode Island cases “an emerging trend in employment litigation” and cautioned employers to consider state medical marijuana laws when analyzing their drug use and testing policies.

Several bills are pending before Congress that would undo marijuana’s classification as a controlled substance with no medicinal value. But Armentano, of NORML, said it is unlikely they will go anywhere while Republicans control Congress.

Some employers, though, have dropped marijuana from the drug tests they require of employees, saying the testing excludes too many potential workers in a challenging hiring environment.

Should companies be able to rescind job offers for marijuana use when it is consumed legally? Why or why not? Share #YourVoice by commenting on our Facebook post below. You may even see your comment on the KUSI News tonight.