….horrible BLM chant, “Pigs In A Blanket, Fry ‘Em Like Bacon”. Maybe our GREAT Police, who have been neutralized and scorned by a mayor who hates & disrespects them, won’t let this symbol of hate be affixed to New York’s greatest street. Spend this money fighting crime instead!

De Blasio was flanked by his wife, Chirlane McCray, and the Rev. Al Sharpton as he helped paint the racial justice rallying cry in giant yellow letters on Fifth Avenue in front of Trump Tower. Activists watching chanted, “Whose streets? Our streets!”

Reports say there was also a small group of angry New Yorkers watched and shouted, “do***bag de Blasio” as he helped paint the street.

The mayor announced the plan to paint “Black Lives Matter” in front of Trump Tower last month after earlier saying the slogan would be painted on streets at several locations around the city. Trump responded via Twitter that the mural would denigrate “this luxury Avenue” and “further antagonize New York’s Finest.” De Blasio tweeted back that Black Lives Matter is “a movement to recognize and protect the lives of Black people.”

Rahima Torrence, 20, who was among the people slapping yellow paint onto Fifth Avenue, said that even though the mural might be a symbol, “it’s the beginning of something more.” She said the location in front of Trump’s own skyscraper “shows that we matter and it shows to him that you can’t ignore us.”

Washington, D.C. was the first U.S. city to get a giant yellow “Black Lives Matter” mural when Mayor Muriel Bowser had it painted on the street leading to the White House. Bowser said the painting was intended to show solidarity with Americans outraged over the killing of George Floyd in Minneapolis.

Trump lived in Trump Tower before he took office as president but has spent little time there since. He changed his official residence from New York to Florida last year. His business empire is still headquartered there. 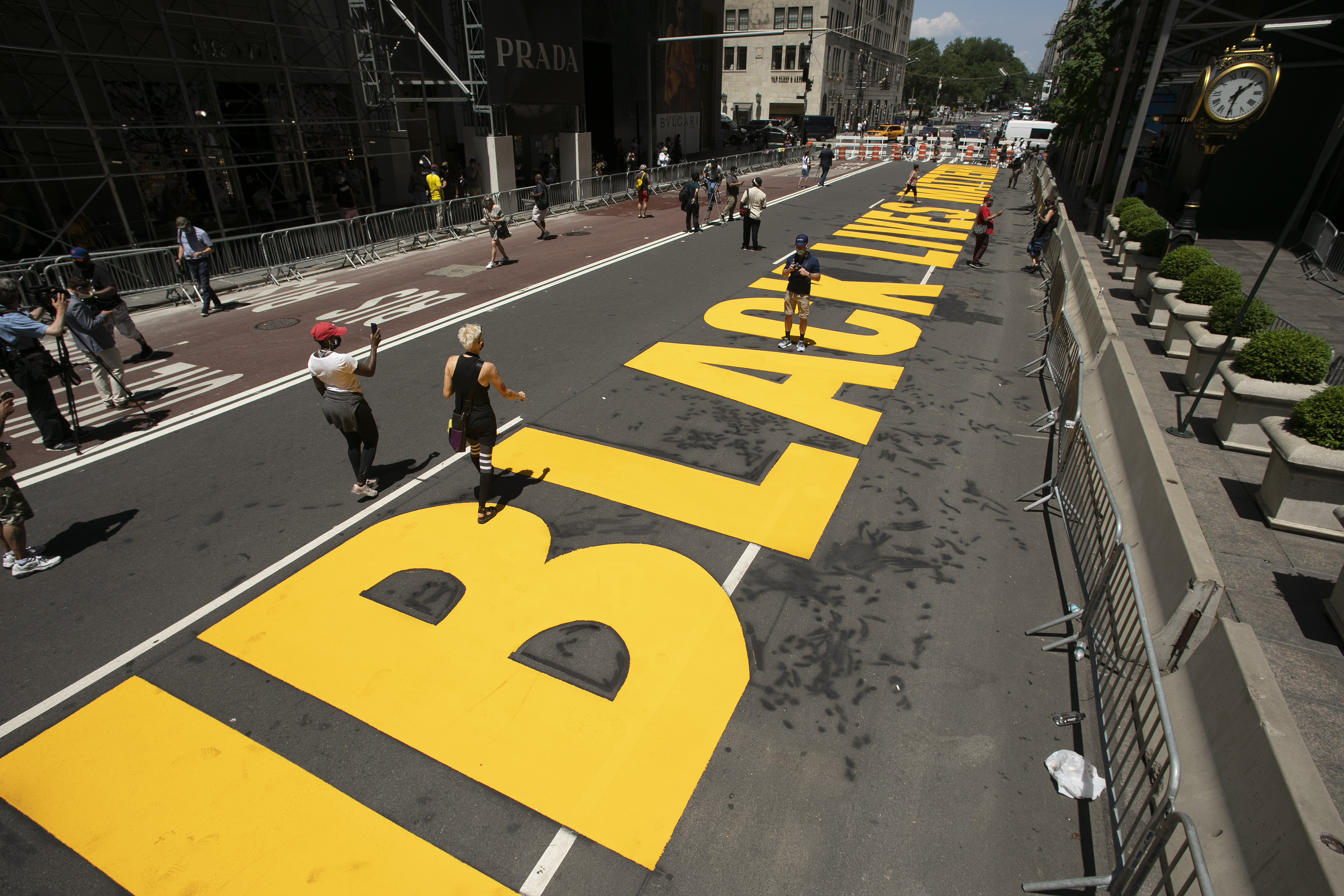 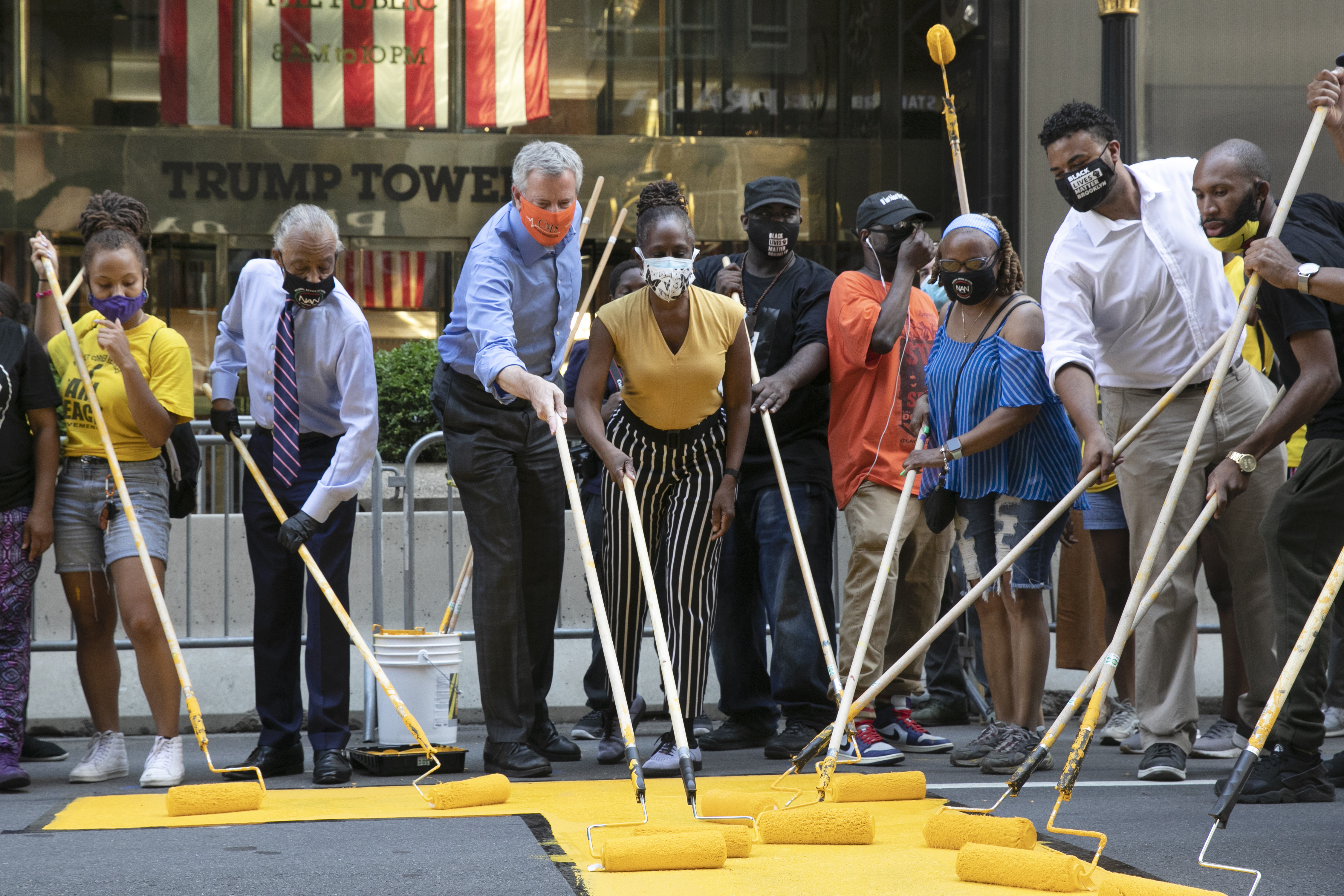 NYC Mayor @BilldeBlasio helped paint a mural that reads, “Black Lives Matter” on the street in front of Trump Tower. De Blasio says BLM is a movement to “recognize and protect the lives of Black people.” President Trump and opponents of the organization say it’s a symbol of hate against our police officers. What do you think?

How distance learning Is going for a teacher and her daughter