NFL: Steelers and Titans will play Monday or Tuesday 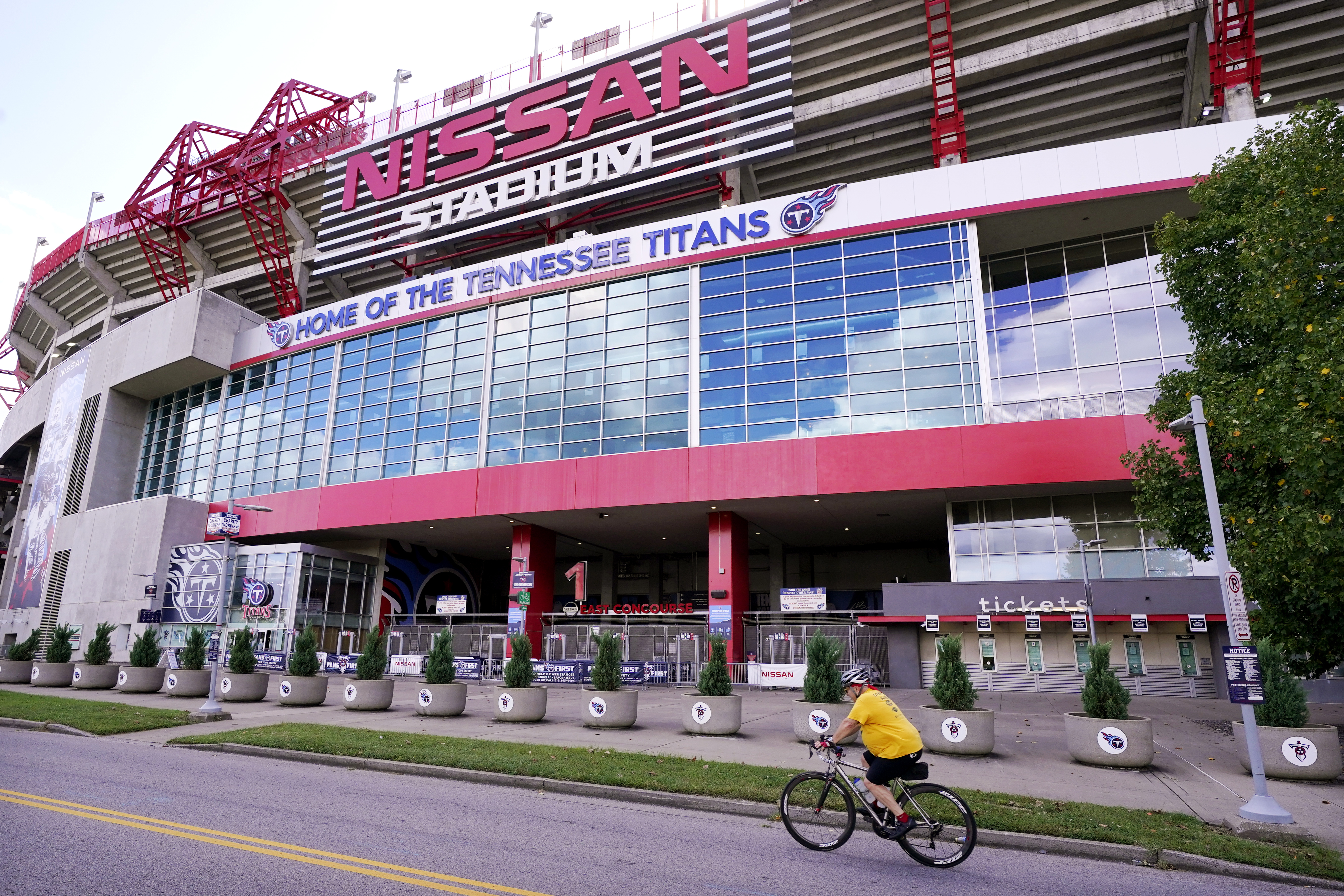 A cyclist passes by Nissan Stadium, home of the Tennessee Titans, Tuesday, Sept. 29, 2020, in Nashville, Tenn. The Titans suspended in-person activities through Friday after the NFL says three Titans players and five personnel tested positive for the coronavirus, becoming the first COVID-19 outbreak of the NFL season in Week 4. (AP Photo/Mark Humphrey)

NASHVILLE, Tenn. (AP) — The Pittsburgh-Tennessee NFL game will be played either Monday or Tuesday due to positive coronavirus test results among the Titans.

The NFL announced the switch on Wednesday. The previous day the NFL said that three Titans and five other team personnel had tested positive for COVID-19. The Titans have closed their facility at least through Friday and will not be able to practice in any fashion together until Saturday at the earliest.

Both the Titans and Steelers are 3-0 and among the NFL’s seven undefeated teams.

Tennessee beat Minnesota 31-30 on Sunday, and the Vikings’ team facility is closed at least through Wednesday.

“The Steelers-Titans game, originally scheduled for Sunday at 1 p.m. ET, will be rescheduled to allow additional time for further daily COVID-19 testing and to ensure the health and safety of players, coaches and game day personnel,” the NFL said. “Details on the new game date and time on either Monday or Tuesday will be announced as soon as possible.”