WASHINGTON (AP) — President Donald Trump, ensnared in an impeachment inquiry over his request that Ukraine investigate former Vice President Joe Biden, on Thursday called on China to do the same.

“China should start an investigation into the Bidens,” Trump said in remarks to reporters outside the White House. Trump said he hadn’t directly asked Chinese President Xi Jinping to investigate Biden and his son Hunter but said it’s “certainly something we could start thinking about.” 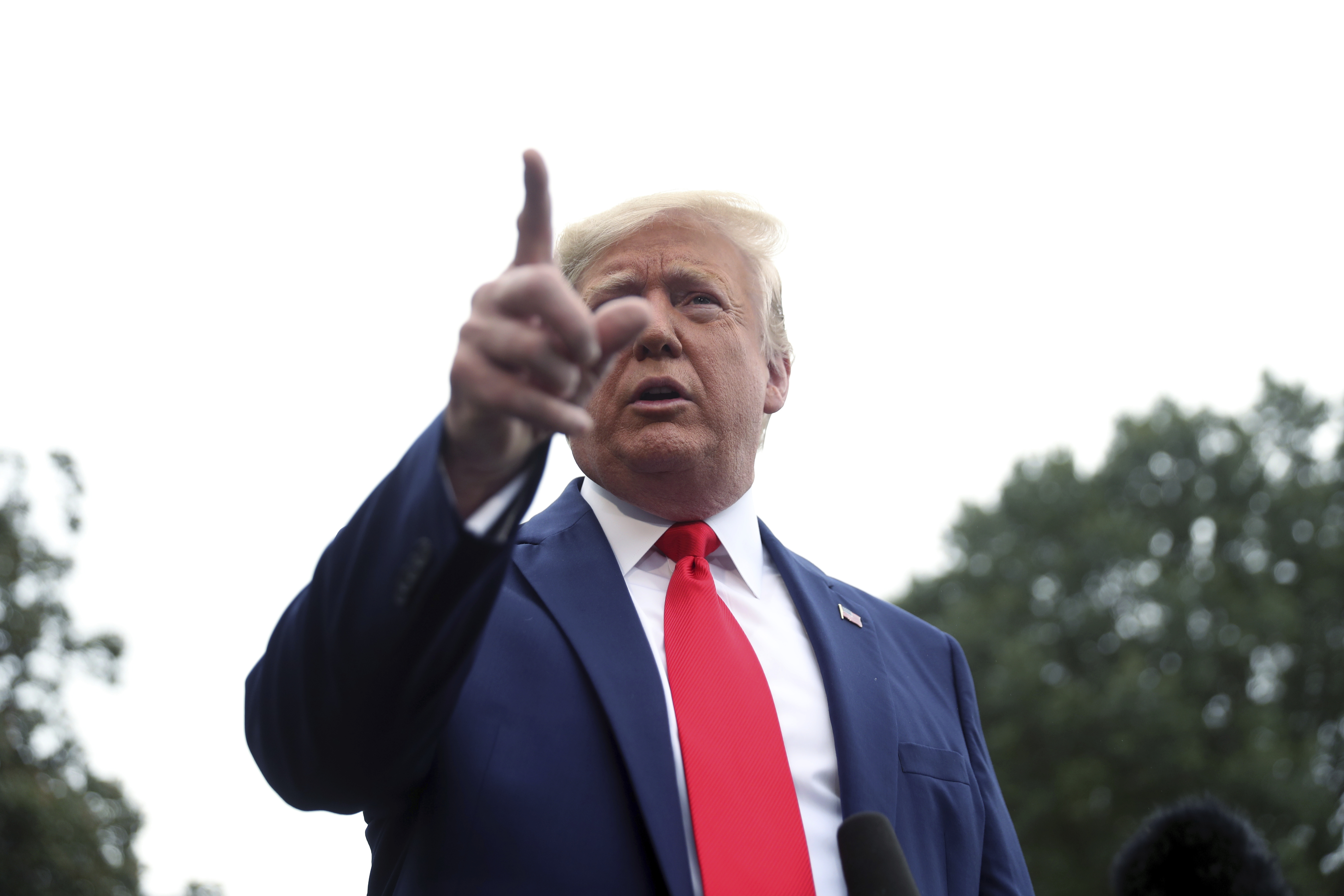 President Donald Trump speaks to members of the media on the South Lawn of the White House in Washington, Thursday, Oct. 3, 2019, before boarding Marine One for a short trip to Andrews Air Force Base, Md., and then on to Florida. (AP Photo/Andrew Harnik)

By publicly egging China on to investigate a Democratic political rival, Trump affirmed the approach he made in private to Ukraine’s president that has led to the impeachment investigation by the House. Trump has defended his contact with Ukraine as “perfect” and now is giving broad airing to a similar appeal to China, a nation that has much at stake in its relationship with the United States in an ongoing trade war.

The openness of his call on Thursday suggests the president will continue to try to make the case that such requests are normal, even in the face of broad condemnation from Democrats and even some Republicans over the propriety of asking another country to investigate a potential opponent in the 2020 election. In the case of both Ukraine and China, Trump has made his allegations against Biden without evidence of wrongdoing.

Trump’s requests for Ukrainian President Volodymyr Zelenskiy to investigate the Bidens, as well as Giuliani’s conduct, are at the center of an intelligence community whistleblower’s complaint that sparked the House Democratic impeachment inquiry last week.

The president’s reference to China came unprompted when he answered a question about the July 25 Ukraine call and moments after he was asked about trade negotiations with China.

“I have a lot of options on China, but if they don’t do what we want, we have tremendous, tremendous power,” Trump said.

He later alleged without evidence that China had a “sweetheart deal” on trade with the U.S. because of the Bidens.

Biden campaign Chairman Cedric Richmond dismissed Trump’s assertions as a reflection of the president’s concerns about facing Biden in his re-election campaign. “This president is scared, and he’s acting out,” the Louisiana congressman said.

The Biden campaign compared Trump’s comments to his public call in 2016 for Russia to release Hillary Clinton’s emails if they had obtained them by hacking _ which U.S. intelligence agencies later assessed to be the case.

Trump’s comments came as he publicly acknowledged that his message to Ukrainian President Volodymyr Zelenskiy and other officials was to investigate Biden, a leading 2020 Democratic presidential contender. He had ducked the question at a news conference on Wednesday.

“It’s a very simple answer,” Trump said of his call with Zelenskiy. “They should investigate the Bidens.”

Trump has sought to implicate Biden and his son in the kind of corruption that has long plagued Ukraine. Hunter Biden served on the board of a Ukrainian gas company, Burisma, at the same time his father was leading the Obama administration’s diplomatic dealings with Kyiv.