NY Post op-ed: From the Senate to Mike Pence, Trump destroys the Party on the way out the door

SAN DIEGO (KUSI) – New York Columnist Miranda Devine’s recent opinion editorial titled, “From the Senate to Mike Pence, Trump Destroys the Party on the way out the door,” highlights the fallout from the storming of the U.S. Capitol, the president’s stance on the election results and the general feeling from his supporters now that he is set to leave office.

Trump continues to say he won the election, and most of his supporters believe the election was “rigged,” depriving Trump of his rightful victory. Devine wrote her belief that the storming of the capitol, “was a tragedy for the Republican party, for conservatives and populist nationalists, and for Donald Trump and his legacy.”

As a result, Devine explained that it “has bestowed the great gift of the moral high ground on the most undeserving people in the world: Joe Biden and the left.”

Something that is not sitting easy with Trump supporters as they have been ridiculed by the left since Trump was inaugurated. Devine added that the left now has “a free pass to persecute their ideological enemies while enacting their pet cultural Marxist projects and changing this country irrevocably for the worst.”

Furthermore, Devine touched on the actual act of breaking into the capitol, explaining the footage “will be played on eternal loop by Trump-hating media as evidence that the populist nationalist movement which propelled Trump to power was a dangerous aberration that must never be allowed to rise again.”

Lastly, Devine slammed President Trump for throwing VP Pence under the bus writing, “there were a lot of egregious moments yesterday but the probably the most unfair was when Pence became MAGA enemy No. 1. There even was a call for the Capitol invaders to “arrest” the vice -president.”

Friday morning, NY Post columnist, @MirandaDevine, says the siege on the Capitol gave Democrats "the moral high ground," adding that they will next try to crush his movement. 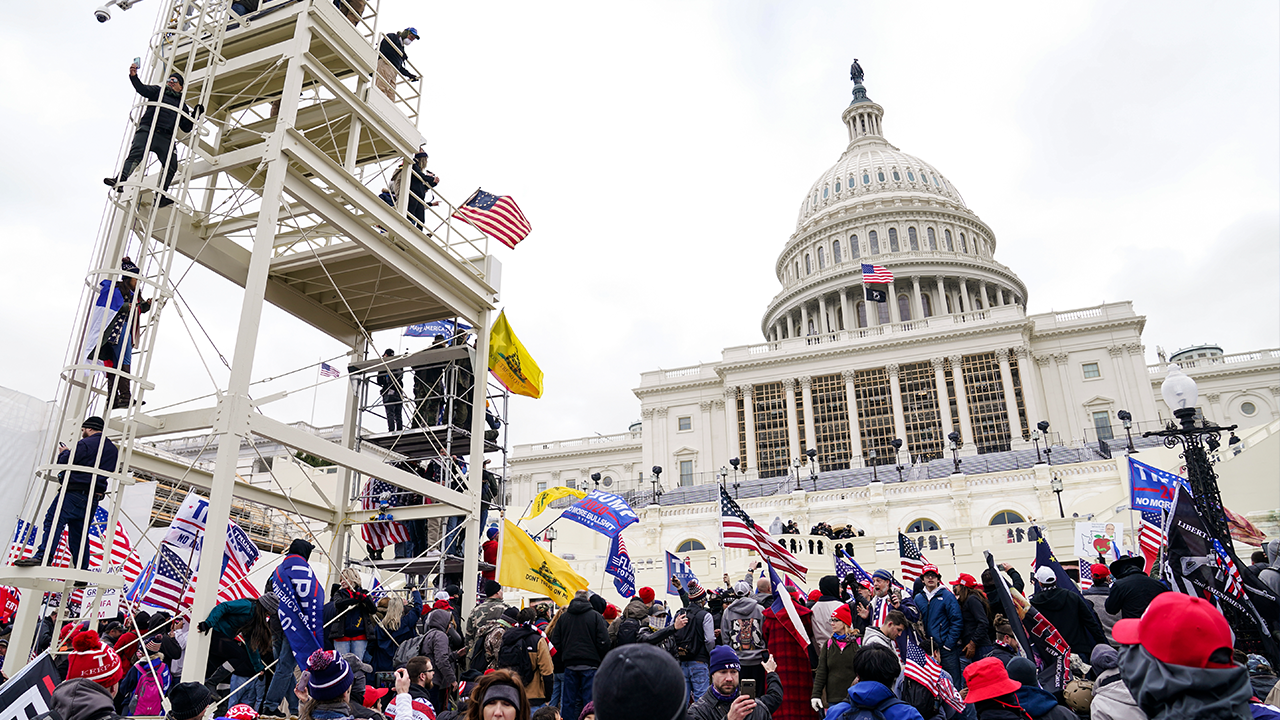 Supporters loyal to President Donald Trump clash with authorities before successfully breaching the Capitol building during a riot on the grounds, Wednesday, Jan. 6, 2021. A number of lawmakers and then the mob of protesters tried to overturn America’s presidential election, undercutting the nation’s democracy by attempting to keep Democrat Joe Biden from replacing Trump in the White House. (AP Photo/John Minchillo)