OCEANSIDE (KUSI) — An Oceanside man was arrested Wednesday on suspicion of severely abusing his next-door neighbors’ dogs over a period of months, poisoning them, burning their skin with a caustic chemical and gouging out one of their eyes.

David Herbert, 36, was taken into custody about 9:30 a.m. during a traffic stop near his Carino Way home, according to the Oceanside Police Department.

Herbert, who served for six years in the Navy before being honorably discharged, was expected to be booked on five counts of animal abuse, burglary, vandalism and other criminal charges, OPD spokesman Tom Bussey said.

The ex-military man allegedly plagued his neighbors — two successive sets of residents — beginning late last year by puncturing tires on their cars, trespassing in their home, and stealing and torturing their dogs, one of which remains missing and presumed dead.

According to a GoFundMe.com page set up by the first set of victims to seek financial aid to help pay their veterinary bills, their two huskies, Cocayo and Estrella, were burned by acid on their faces and bodies during a home invasion in late February and, two months earlier, were fed marijuana in an apparent attempt to poison them. 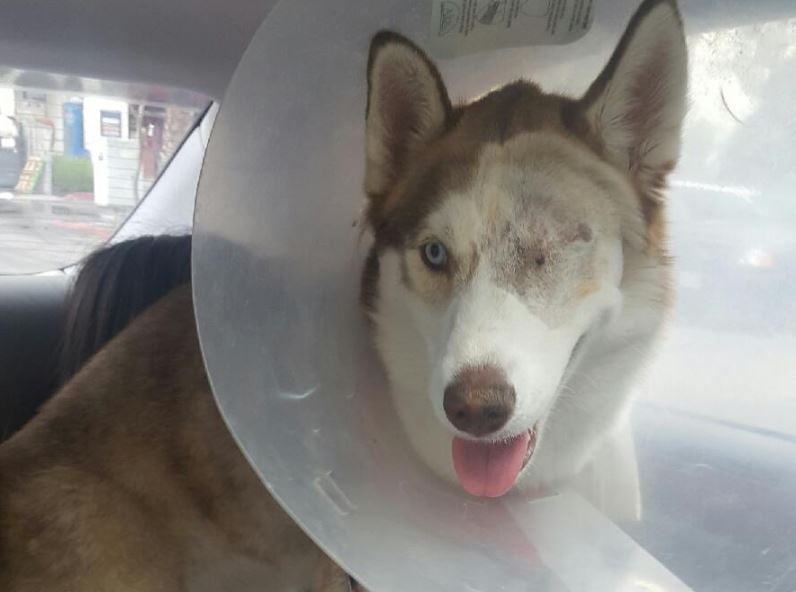 The assailant also pulled out one of their eyes, and veterinarians had to remove the damaged organ, Bussey said.

Following the final crimes against them in late April, those victims moved away. The abuse continued, however, against the people who subsequently moved into the home, according to police.

On May 30, the new residents reported their two dogs missing. One of the animals was recovered by a neighbor, but the second, a golden retriever named Lala, has not been found. Investigators believe that Lala was subjected to "a violent assault" and likely killed, Bussey said.

Authorities have no idea what might have prompted the apparent vendetta against the suspect’s neighbors and their dogs, the spokesman said.