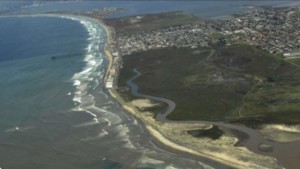 IMPERIAL BEACH (KUSI) – One day after the shoreline at Imperial Beach was declared safe for recreational use, sewage runoff in the Tijuana River entered the Tijuana Estuary and contaminated ocean water at the shoreline, county health officials said Sunday.

Sample results Sunday indicated contamination of ocean water now extends from the International Border north to the Imperial Beach shoreline, according to the San Diego County Department of Environmental Health and Quality.

On Saturday, the department declared the shoreline safe for recreational use after it was closed following recent sewage contamination. But signs warning of sewage-contaminated water were back up Sunday and will remain until sampling results indicate the ocean water is safe again, officials said.