One dead, two wounded in shooting at Otay Mesa restaurant

SAN DIEGO (KUSI) – One woman was killed and two males were hospitalized in stable condition with wounds suffered Wednesday in a shooting at an Otay Mesa fast-food restaurant.

The gunfire at the Church’s Chicken outlet in the 3700 block of Del Sol Boulevard was reported about 5:30 p.m., according to San Diego police.

Witnesses told detectives the assailant walked into the restaurant and ordered food, then got into shouting match with employees and left the restaurant. He returned minutes later armed with a gun and opened fire on the three employees then left the business and fled in a dark-blue sedan northbound on Picador Boulevard, according to Lt. Martha Sainz of the San Diego Police Department. 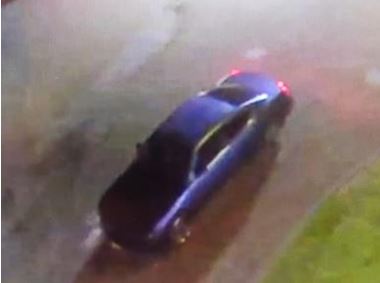 Medics took three victims to hospitals. A woman employee was pronounced dead at a hospital and two male employees were hospitalized in stable condition, Sainz said.

David Walker, an employee at a nearby 7-Eleven, told reporters he heard about five gunshots.

“It sounded like firecrackers,” Walker said. “And that’s what I thought it was at first — the first two — and then it kept going.”

Walker used his belt as a tourniquet on a male victim, reports said..

The shooter was described as a thin black man, 6 feet 1 inches tall, in his 30s, wearing a light blue sweatshirt and a blue Chargers-logo knit cap. Employees said the shooter had been in the chicken restaurant earlier in the day, leaving after unsuccessfully trying to pass a counterfeit $100 bill, according to police.