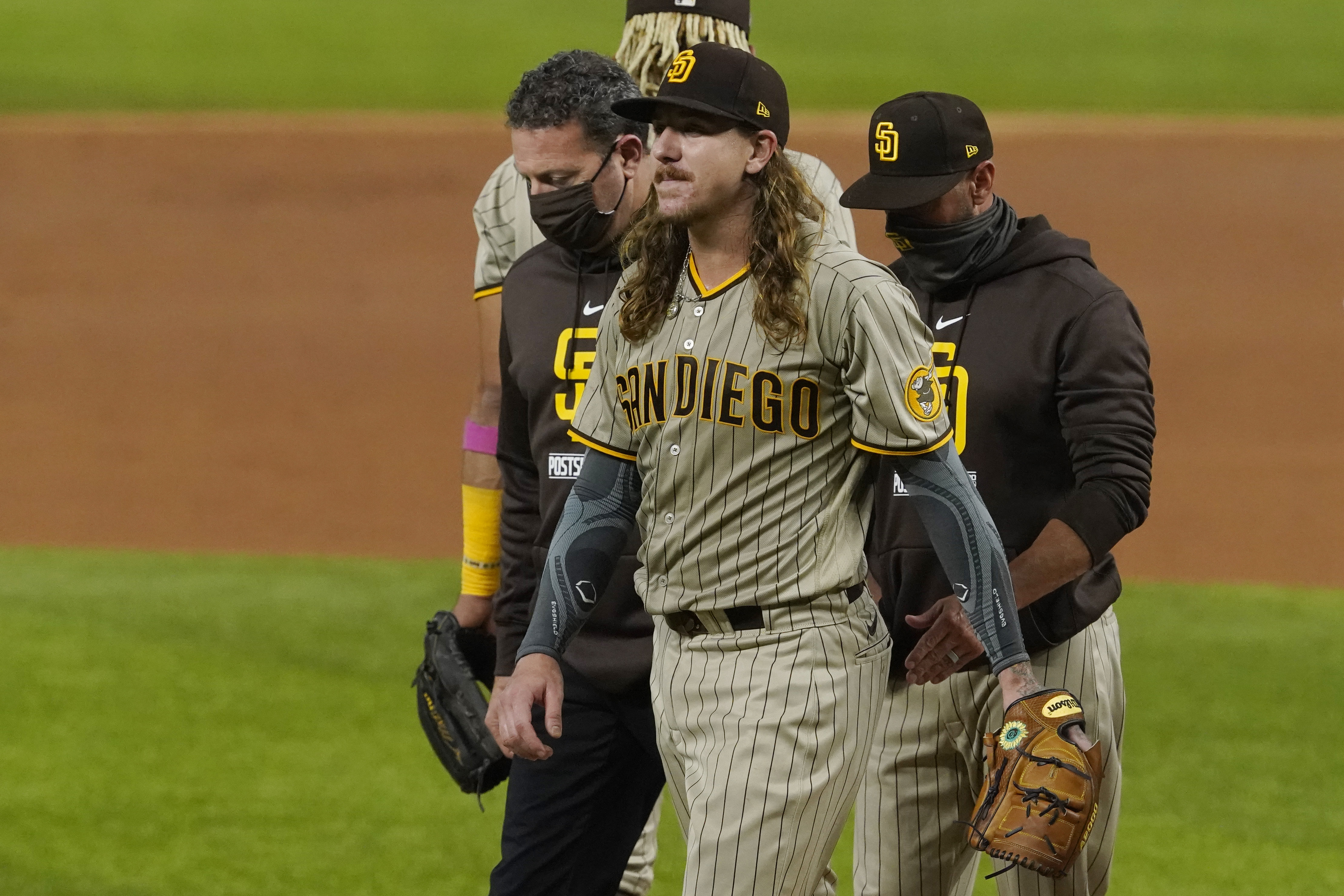 SAN DIEGO (AP) — Padres pitcher Mike Clevinger will miss the 2021 season because of Tommy John surgery, the team announced Monday after reaching agreement with the right-hander on an $11.5 million, two-year contract.

The Padres acquired Clevinger on Aug. 31 in a blockbuster trade with Cleveland in hopes of leading the Padres deep into the playoffs. Instead, he exited his last start of the regular season with what was later described as an elbow impingement.

Clevinger missed the wild-card series against the St. Louis Cardinals, which San Diego won in three games, and then was removed in the second inning of the NL Division Series opener against the Los Angeles Dodgers after his velocity dipped dramatically. The Padres were swept by the Dodgers.

The Padres hoped Clevinger would be able to avoid surgery.

General manager A.J. Preller said Clevinger met with a number of doctors and had multiple MRIs in the weeks after the season ended.

“Ultimately everybody was in agreement that rather than trying to kind of piece it together and get through the next season, I think he felt like, ‘I want to go ahead and get this taken care of and have the procedure and push toward the 2022 season,'” Preller said.

“Each week kind of felt like it was a little bit different. We were optimistic at various points of time in the process, especially earlier in the process when the season ended. As we kind of went through the rehab process the last few weeks and he wasn’t getting drastically better, he felt like the surgery was the best route,” Preller said.