SAN DIEGO (AP) — The San Diego Padres placed right-hander Dinelson Lamet on the 10-day injured list with right forearm inflammation, a day after he came out of his season debut after just two innings. 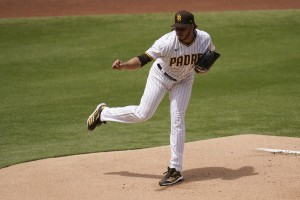 He had been brought along slowly after leaving his final regular-season start of 2020 due to elbow discomfort and then missing the playoffs.