SAN DIEGO (AP) — Yu Darvish threw six strong innings to earn his first victory in 11 starts and Adam Frazier had two hits and three RBIs during the eight-run second inning that carried the San Diego Padres to an 8-5 win against the Los Angeles Angels.

The Padres took a one-game lead over Cincinnati for the NL’s second wild card.

The Reds lost 4-1 at the Chicago Cubs. Darvish’s strong outing came one night after the Padres wasted a third straight strong start by lefty Blake Snell. Snell lost his no-hit bid in the seventh and the Padres’ offense went silent in a 4-0 loss.

On Good Morning San Diego, Mike Costa said he expects the Padres to make it, but warned their bats need to get hot.

Costa also predicted the Phillies as the team we need to watch out for, as their upcoming schedule is fairly easy. 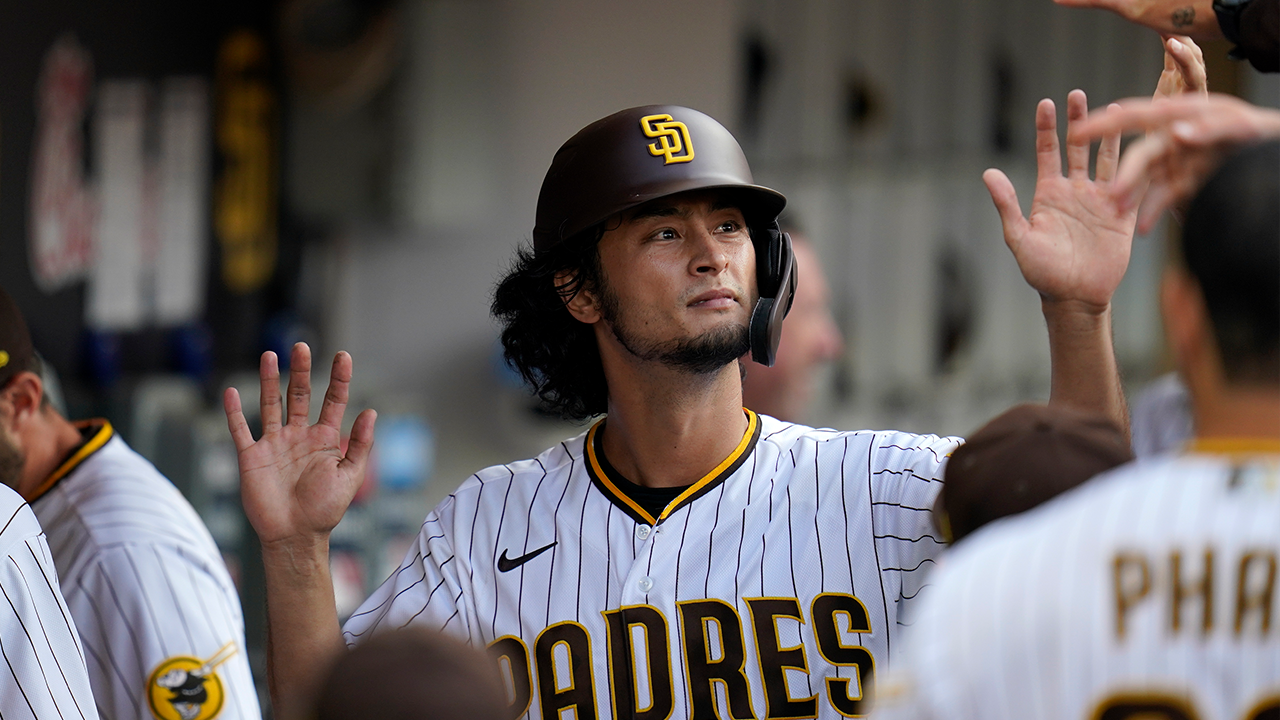 San Diego Padres’ Yu Darvish is greeted in the dugout after scoring off an RBI-single by Jake Cronenworth during the second inning of a baseball game against the Los Angeles Angels, Wednesday, Sept. 8, 2021, in San Diego. (AP Photo/Gregory Bull)

With no need to beat heat on Saturday, Aztecs turn to Idaho State strategy