SAN DIEGO (KUSI) – Twitter has put a number of warning labels on some of President Trump’s recent tweets.

The Trump campaign and Trump supporters have been highlighting evidence of election fraud across the country by posting to their social media profiles, but Twitter is censoring most of the published posts on the issue.

Parler is a new social media company similar to Twitter, but with one major difference. Parler will not censor anything posted.

Parler CEO, John Matze, discussed the censorship issue and how Twitter is using it to influence the United States election with KUSI’s Paul Rudy on Good Morning San Diego. 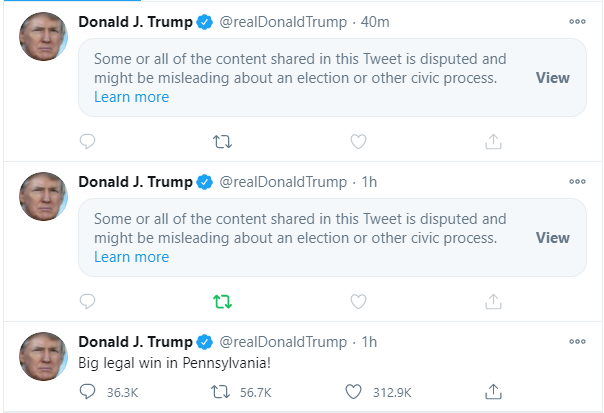 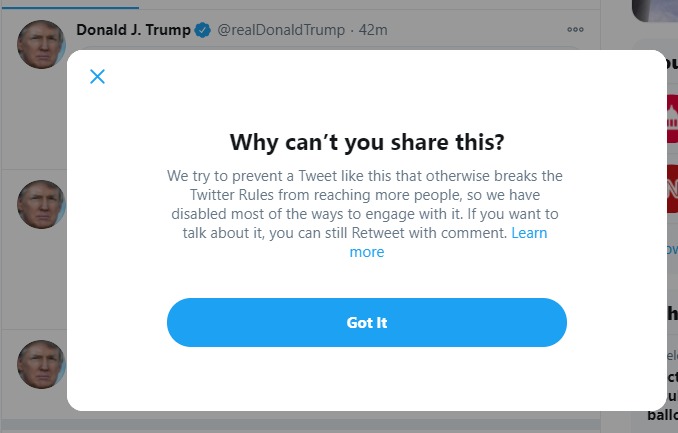 This is the message that Twitter shows when you try to share one of President Trump’s tweets that they have censored.