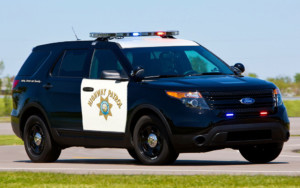 The 20-year-old Las Vegas man had just gotten out of a car he had been riding in and was walking on the ramp from southbound Interstate 5 to eastbound state Route 94 when the vehicle hit him at about 6 a.m., according to the California Highway Patrol.