SAN DIEGO (KUSI) – A  man was struck and killed Sunday morning by a hit- and-run motorist in an SUV, in the Sherman Heights community of San Diego, a police officer said.

The vehicle was going eastbound in the No. 1 lane in the 1800 block of Market Street, where a pedestrian was standing in the street or crossing Market Street at 1:55 a.m., said San Diego police officer Robert Heims.

The vehicle struck the pedestrian and dragged him for approximately 100 feet eastbound on Market Street, Heims said.

The motorist fled the location eastbound on Market, and the pedestrian was pronounced dead at the scene. His name was withheld pending notification of next of kin.

Witnesses told police the vehicle was driven by a man. They also said the left headlight on the silver GMC Envoy or similar model SUV was damaged and no longer working after the crash, SDPD said. 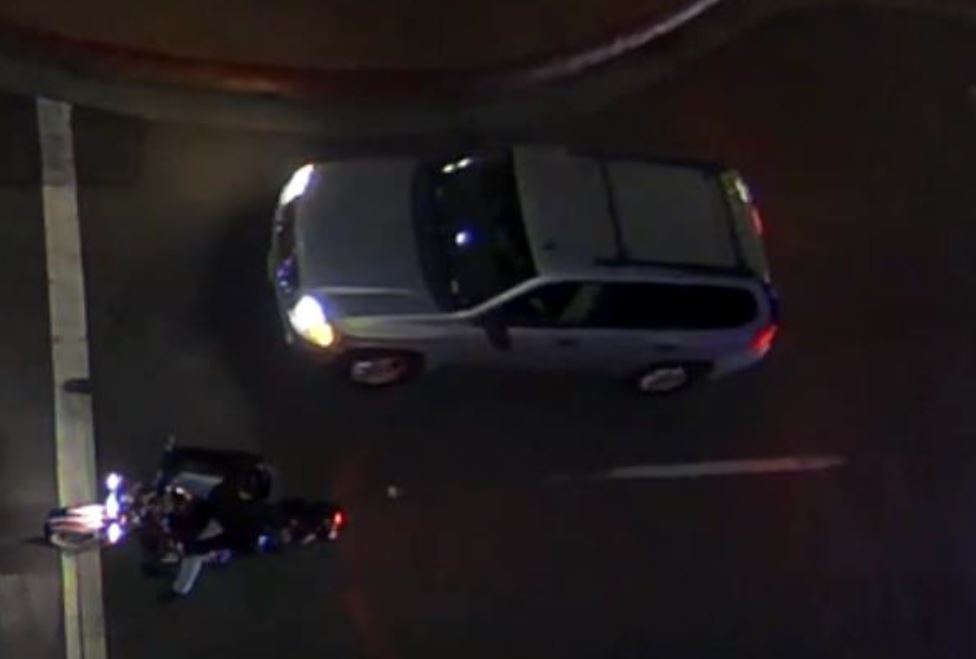